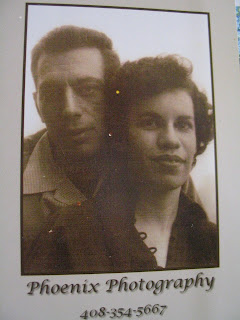 An old friend sent my husband a holiday gift of two somber neckties from Sulka, the prestigious menswear store on Park Avenue. George wouldn’t wear either of them, even to a funeral, for fear of looking like the chief pall bearer.

So I decided to return them and cash them in. But Sulka, gracious to accept the return, would not give me cash. “We do not handle cash, Madame, just credit cards,” they explained. Instead, they gave me a gift certificate for $60.

I gave George the gift certificate and suggested he visit Sulka himself and choose something else.

But polo shirts were $80 each and other items were equally above the value of the certificate. Then we decided to give the gift certificate to my father on his 55th birthday. He was flattered, but he in turn gave it to my brother on his 35th birthday.

When George’s birthday came around, the next September – lo and behold – my brother sent him the Sulka certificate, by now a bit ragged from age. One certificate had solved everyone’s gift problem.

So once again, I went back to Sulka’s and only had to add $20 to the certificate to buy my husband two pairs of woollen socks from Scotland. They were by far the most beautiful luxurious and warm socks he would ever own.

That is, until the moths got into them. The moths had good taste.

Other short works by Dana: