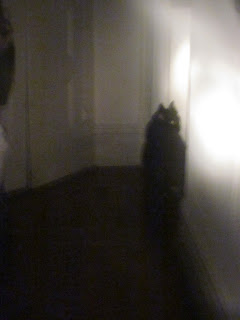 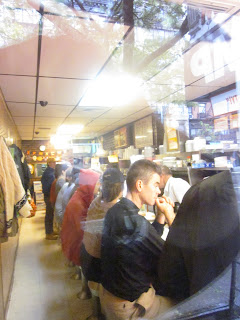 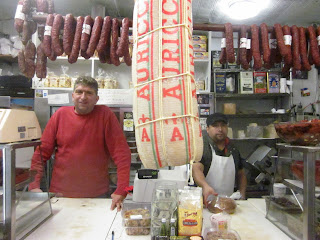 Encore: Peace Be With You

Originally posted on November, 17, 2011, the Programme of Assistance now faces an uncertain future for lack of funding. Today, on the 67th birthday of the United Nations, this Programme offers hope for the promises of the Charter - a world filled with peace and justice. 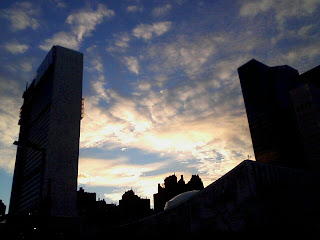 The United Nations
And Peace Be With You.

**
The longer road begins with a word, a word that opens the possibility of everyone being welcomed to the table. And one hopes the word and words that follow build that welcome. Sometimes it is called the law. And sometimes that law welcomes justice to the table.

There is this programme available all around the world that teaches the teachers the word and the many that follow.

Programme of Assistance in the Teaching, Study, Dissemination and Wider Appreciation of International Law
Posted by c.o. moed at 12:00 AM 0 comments

Home Away From Home 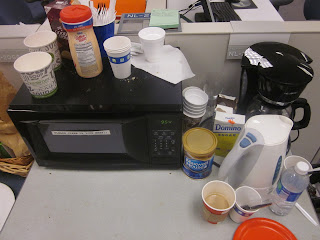 The office kitchen, like one's bed, gets more time with us than the arms of our lovers.
Posted by c.o. moed at 12:00 AM 0 comments

A woman truly from Her New York, Joni is once again Guest Artist. 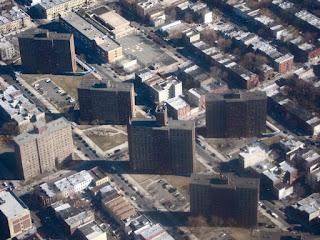 Q: Why do Argentinean men go up in airplanes?
A: To see what the world looks like without them.

But, here in Her New York, you go up in an airplane and all you want is to go back down and go  home.

These photos may not be used without permission from myprivateconey.com
Posted by c.o. moed at 12:00 AM 1 comments

During long days away from home, what makes home "home" becomes, in between the pressing needs of chores written down on a list, a wonderment of longing. 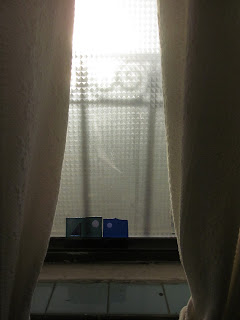 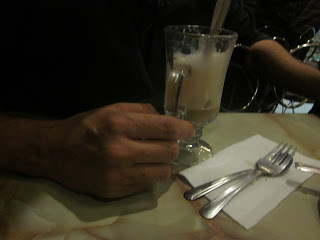 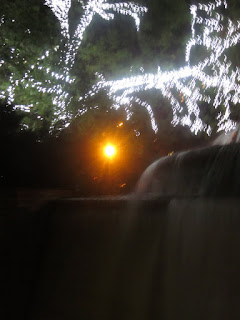 It's been almost more than a handful of autumns, that beautiful season unfurling like surprised love.  A long day of new challenges and old words ends, and the same walk happens, usually towards home along an avenue as familiar as the mottled history with an childhood friend.

There is one spot, though, that isn't meandered through.

A hidden corner where, that first fall, I sat by a fountain and billions of Christmas lights and remembered the brief moments when Florence would hold my hand, not as an old woman fighting mad her body was leaving her, but as a mother, ambivalent at caring, remembering her own broken heart, and hoping something, even a maternal gesture, might make it easier.

That first fall I would stop by that fountain and cried.  However few those moments were, I understood no one in the world would ever hold my hand like my mother.

As A New Fall Begin, Old Hopes Return To The Halls Of Peace (An Encore) 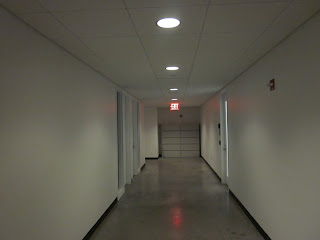 The Halls Of Peace are often unadorned.

One just hopes they are well lit, not just with strong bulbs, but with good intentions to seek common ground and the heart and soul of the other.
Posted by c.o. moed at 12:00 AM 0 comments

Sunday Memories: Another Park Another Sunday 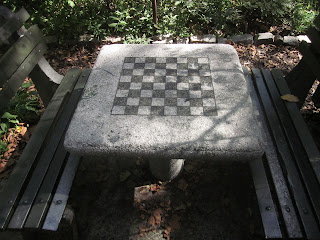 It was like finding the ring I found that day in another park.  I was just minding my own business when I looked down or up or right or, in this case, left.

This park, a block-long garden that had been loved into being by volunteers from all over the neighborhood, was filled with chickens and extra other birds and lots of dirt and plants and flowers and people digging things, and little wonderful corners to sit down in and listen to other things besides annoying cell phone conversations.

And in one of those sweet corners, I found this stone table, this old stone table with dark grey squares and light grey squares, just like the one I leaned against one hot summer in 1964 or 5 and announced my undying love for Allen to the old men playing chess, not knowing his people and my people didn't marry during those olden days.

Times have changed.  The stone table waits for new players.

Sunday In The Park With Springtime

Sunday In The Park With Mom

That's what I told Tripping With Marty when he announced he was going back to Peoria.

(I don't know where it is and I know I could google it, but I think I need to keep the mystery alive.)

So we all gathered at Odessa to say hello and then to say goodbye.

Nineteen years ago, Marty landed in a roach infested hotel room on the upper west side.  Roaches or no roaches, he didn't wasted a moment, doing more in this city than a dozen writers could have done in the same amount of time, daring to go where no imagination had gone before.   "A lot about being a New Yorker is going beyond the fear," he said in a voice that had walked into 365 noisy dive bars.

But over fried beige foods and brutally funny off-the-record-stories of a New York no longer on the streets, diaspora emerged.

Rent, even his rare kind, was high, work was scarce, and, like all of us who belonged here, it was getting tougher and tougher to watch our home be erased bit by bit, street by street, artist by artist.  The diner counter, the bar stool, the affordable apartment where we had found one another was joining the fate of ice caps and the rain forest.  And that roach infested hotel was now a luxury something or other.  How, then, could a writer or painter or musician or dancer or for that matter anybody who belong here, stay here?

No.  Here was now virtual.  Here was in blogspheres and email, texts, and tweets.  Perhaps where we belonged was not a state, but a state of mind.  And perhaps that place could be anywhere.

The Gog In NYC

Sunday Memories: Broadway of The East

The Exhaustion of Diaspora: Part Six- Home Where My Love Lies Waiting

In Case Of Emergency 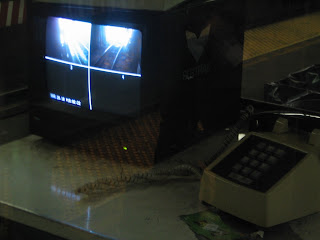 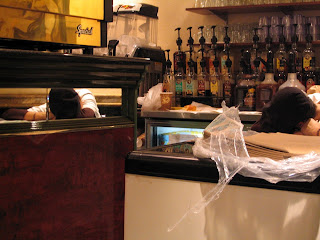 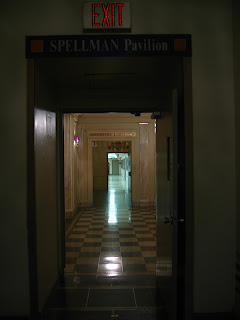 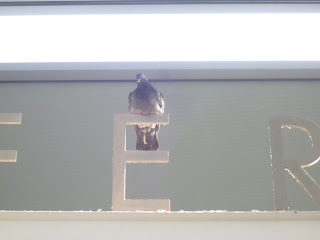 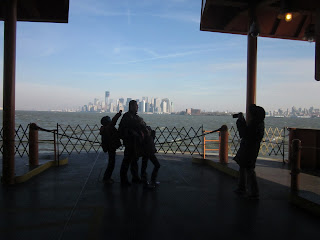