The Not-On-TV Office: Episode Two - Work Is Where The Heart Is

This is Nick. He's in the cubicle to my left. 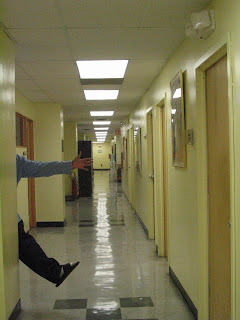 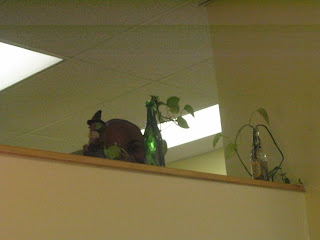 Sometimes I hear him giggling in shock while he listens on his headphones to Wendy Williams on WBLS. We lend each other books.   Because of him I'm trapped in the middle of an adolescent vampire series where I am reliving the worst of every crush I ever had - only these book characters have better luck than me even when they want to suck the blood of the one they love.

I lent him a book about a woman's spiritual journey. I'm not sure if that's an even exchange, especially after he told me he reads two pages and falls dead asleep, even on the train. He also makes coffee every day. I supply popcorn. He's the go-to man for pop culture. I supply the moral advice. 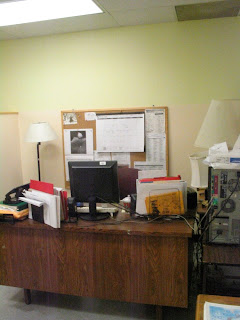 This is Adriene. She's in the cubicle to my right. 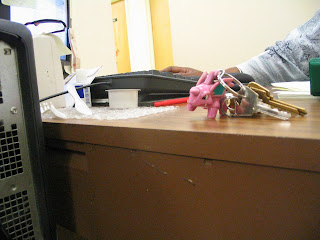 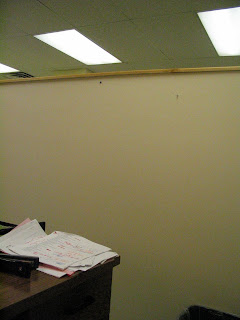 If it's not Monday we talk quite a bit.

She listens to Michael Baisden on her radio which, unlike my radio, doesn't get static. This is an actual exchange:

Sometimes we sing together and when Kiss FM plays Rock Steady by Aretha, I turn on my radio and hug it so it doesn't get static and then me and Adriene chair-dance in stereo.

She's the go-to woman for basic information like the seizures-and-video-game connection, best methods to kill mice, and the 70's. I supply the cheerful morning greetings and one day even a gluten-free loaf of bread which turned out to be inedible to humans and mice.