Standing Witness To His New York 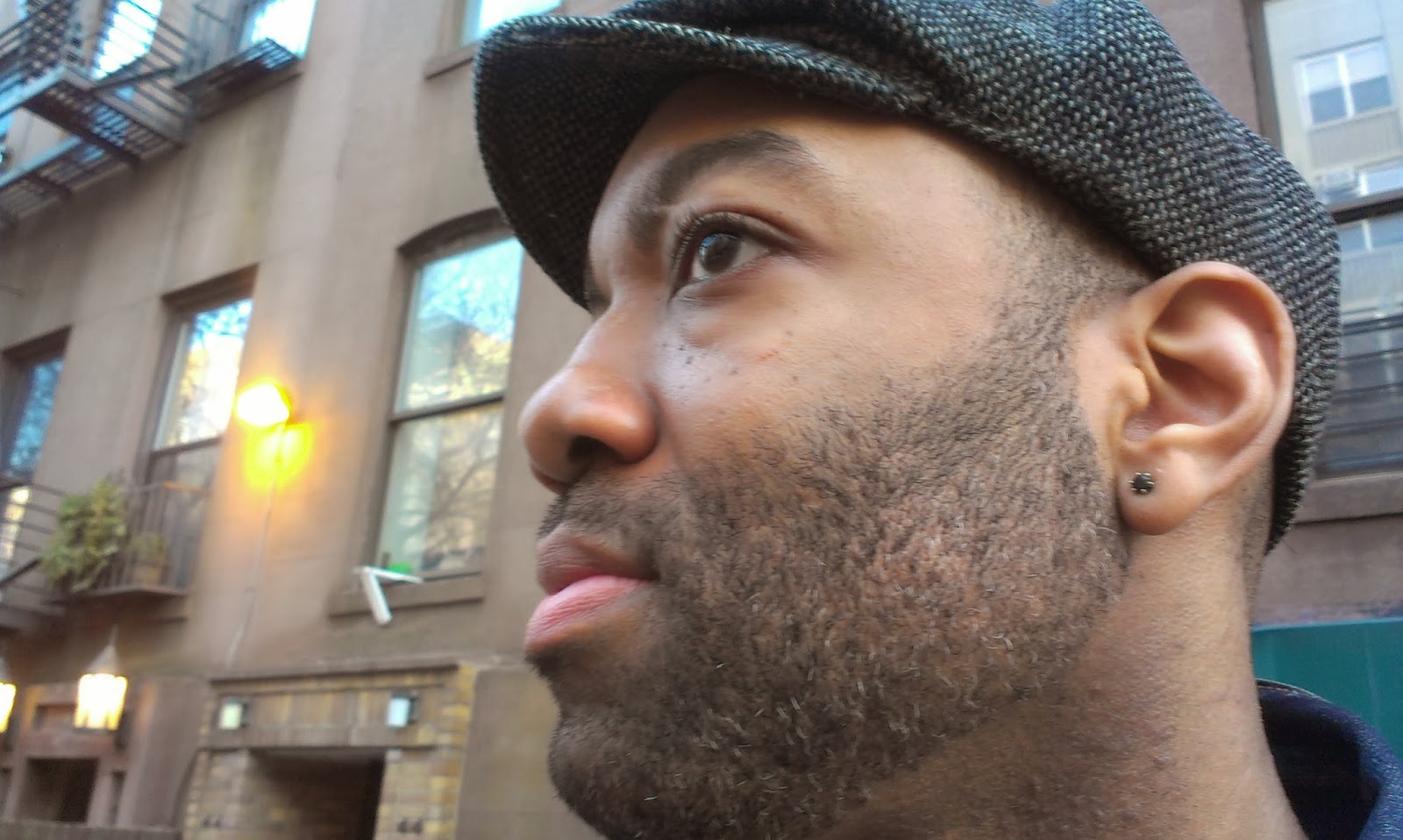 This is Damani.  He's on St. Marks looking for another onyx stud to replace the one he lost.

He's always worn two onyx studs, ever since he saw that man in the Starbucks on Sixth Avenue.

He was in that Starbucks one day when a home attendant wheeled in a very old man who could barely sit up.  She set him up by a table at the window with a crossword puzzle.

"Are you sure you're going to be OK while I do errands?" she asked him.  He nodded. But it was that very, very old nodding that took all the effort and energy he had.

The old man's hands moved even slower than his nodding as he began his crossword puzzle.  Damani was about to look away when something caught his eye.

Two onyx studs, one in each ear.

That old man may have been so infirm that he could barely sit up in a wheelchair or nod or jot letters in boxes down and across,  but he was still who he had always been.   A dashing man with style and flair, one who still lived in His New York.

As Damani does now.