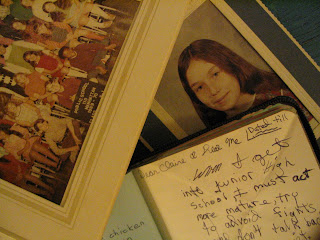 When I had a crush on the boy, I kicked him or at least tried to, once chasing Costas down the aisle of a rare empty auditorium at PS 110.

But when it came to punching, that was a horse of a different challenge, usually issued by Michael or Uriah or Antonio or whoever else felt it necessary to call me to a fight and I held dear to my record of never losing which was much different than always winning. I just punched back long enough for a teacher to rush out onto Cannon Street and drag me back into the school and wash off the bloody nose.

And then Junior High School 56 loomed on the horizon and we were all sat down and told of one kid being stabbed, another thrown off the roof (maybe it was the same kid) and what was a right and skill - to punch back - suddenly had much different consequences.

At 6th Grade graduation, an autograph book filled with well wishes from classmates and teachers alike, a note to myself:

"When I get into junior high school, I must act more mature, try to advoid fights and don't talk back and be quiet...""

...because "all they that take the sword shall perish with the sword," and I was told there was fun waiting for me in high school. 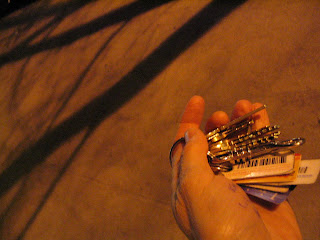 The Part Two of : Just like if you look only one way on University Street or both ways before crossing against the light, what you do separates the men from the mice.

Where do you keep your keys? Hint: If you come from here, your keys are in your hands by the time you hit the shadow of the old tree right before you turn the corner to the lobby door. They are NOT in your bag, your knapsack, your purse and you do not go digging for them in front of the door like you live in a gated community. Or a safe city. 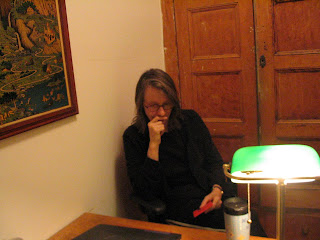 Sunday Memories - Lost In the Dangling Conversation* - Florence as a Memory 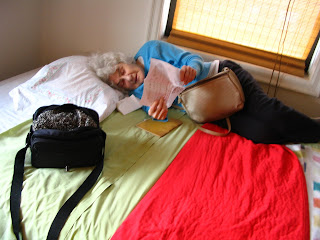 When I asked Florence what she wanted to do, if not go out.

What do you hear when you listen to yourself?

"Not much... weak and commonplace."

I tell her I will come visit her.

"First come by yourself so there's nothing in my way when I tell you how awful you are.... That's a joke."

And how the room is softly faded
And I only kiss your shadow,
I cannot feel your hand,
You're a stranger now unto me
Lost in the dangling conversation.
And the superficial sighs,
In the borders of our lives.
Posted by c.o. moed at 12:00 AM 4 comments

I Had A Psychotic Break And Picked Them Up 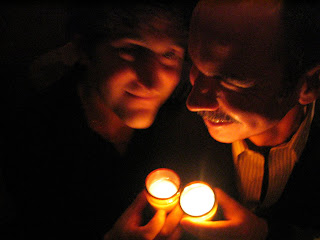 The burger joint was crowded and I hated standing while eating really good food. I asked if we could share the booth with them.

I thought they were co-workers and that the curly-haired one, chatting a mile a minute, was driving the mustached-quiet one crazy. I glared at them because obviously they weren't from New York.

Where did the voice "be nice be nice be nice JUST TRY TO BE NICE" come from, but in seconds we knew their names and they knew ours and before I knew it business cards were exchanged because one of them did exactly what I was looking for. And then we found out they weren't co-workers. They were, in fact, planning their wedding.

Years later I get to have dinner and adventures, arguments, and art, wine and whine. I am, however, still not willing to admit to being nice. Even if it gets me great friends.
Posted by c.o. moed at 12:00 AM 0 comments 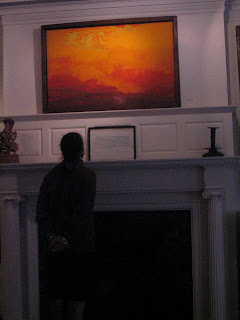 We were assigned the same computer at a temp job. We could tell the other was the kind that grew up on IND and BMT and IRT, and knew the difference between PA and MA (no, they're not states). So we asked each other the two questions that matter when you come from New York.

"What high school you go to?"

She and my sister went to high school together.

She took her first piano lessons with Florence.

And last, but not least... Florence was in a trio for years with a clarinetist. The clarinetist is the sister of a good friend of Fay's.
Posted by c.o. moed at 12:00 AM 0 comments

Sunday Memories - The Disciples of Soul 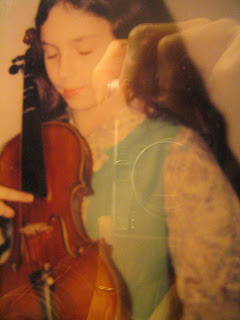 Regardless, everyday after school the music stand would be set-up, the etude books opened, the bow rosined, the violin tuned.

Florence would take her place in the big armchair and the torture would begin.

But at some point the room would grow dim with winter evening, and she'd begin to doze. Perhaps she was tired from her own six hours of daily piano practicing or perhaps it was from the daily cup of sherry she allowed herself, but only after those six hours had been completed. I didn't care. Her snores heralded my freedom.

I'd stop mid-note and if she didn't stir with her usual order of "Commence!" I'd jump into action.

Quickly scattering the music books to make it look like I had finished not only all the scales and exercises but even the piece I was studying, I'd prop the violin rakishly in its case as if it had run a long race and was catching its breath and dangle the bow from the music stand as if, too hot from ferocious playing, it needed cooling.

More often than not, this would be as far as I could get, the lack of my scratching out unloved music jarring her into awake. But every once in a while, I'd actually get to sneak out of the living room and happily do anything but practice.

Still, no matter what happened, the next day the music stand would be set up, the etude books open, the bow rosined, the violin tuned.

Years later, Florence asked me what I really wanted to do. At this point, burnt-out, drained and exhausted from decades of juggling early morning attempts and late night sessions writing stories, I was either in the middle of yet another mind-numbing job or one of my three forays into higher education.

"I just want to stay home and write full-time."

Then she said, "You have to train for that."

***
Six days a week, coffee is made, pill is popped, banana eaten, email glanced at, the table cleared, pens lined up, doors closed, documents opened, the writing book readied, phones put aside, tiredness banished, the world shut out, the soul called forth, the heart welcomed, the hands warmed... the writing commences. 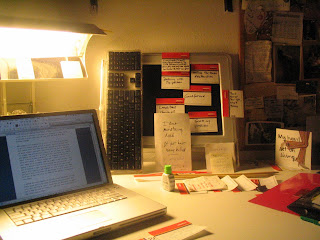 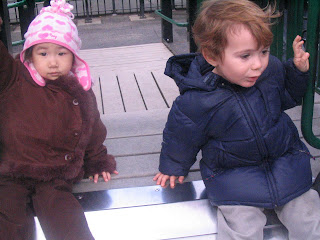 Just like if you look only one way on University Street or both ways before crossing against the light, what you call this separates the men from the mice.

Because it may be called a slide other places in the world, but here, at the center of the Universe, we call it a sliding pond. 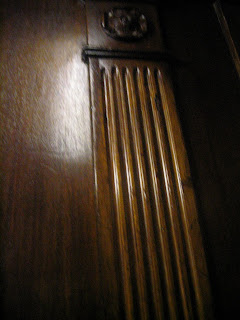 The elevator I rode since I was 13. Sometimes to her son... 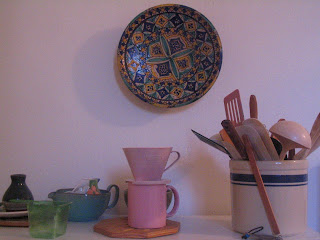 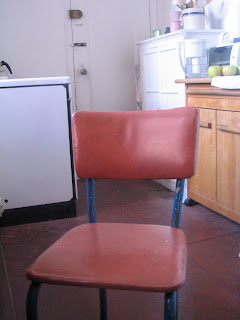 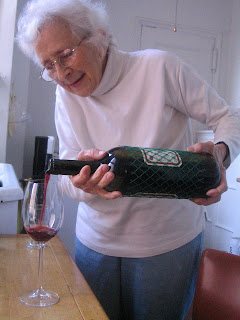 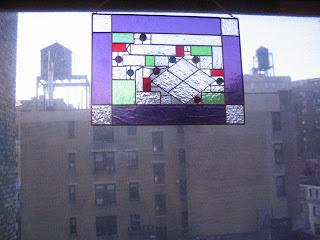 ...and sometimes to look and wonder and peer at light and shapes and paintings and sketches and wonder about the narrative that might interweave throughout our work.
Posted by c.o. moed at 12:00 AM 0 comments

What day will you think of as you lay dying? Many many happy moments, much to be grateful for, but a whole happy day? I only have a few. And meeting Baby Boy was definitely one of them. 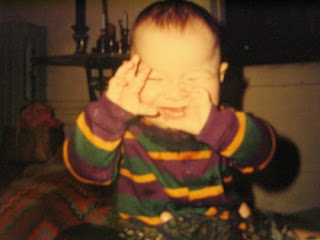 Then he got bigger. 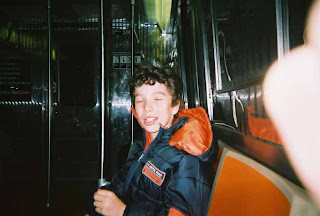 I made sure he held my hand when we crossed the street and I called him my Baby Boy. In public.

And then he got even bigger. 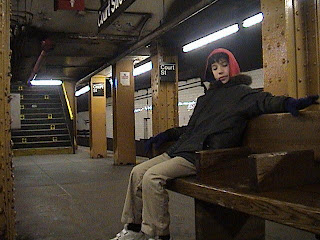 I could no longer insist on him holding my hand as we crossed the street and I was not allowed to call him anything except his name. 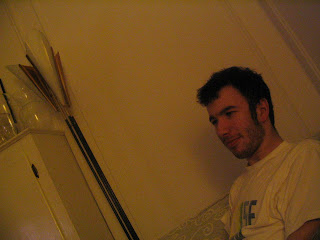 I call him B.B. and even if I can't hold his hand, I still make sure my hand is on his shoulder as we jay-walk our way back from a movie.

Sunday Memories - Baby Boy Tadpole and Other Snapshots from Deep Waters
Posted by c.o. moed at 12:00 AM 0 comments 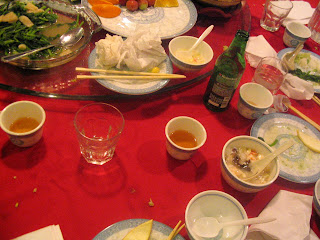 In between dishes we had never had before, me and the Other Jew called for pork and for the first time in years someone else was told to use their "inside voice".
Posted by c.o. moed at 12:00 AM 0 comments

Styles of the Times 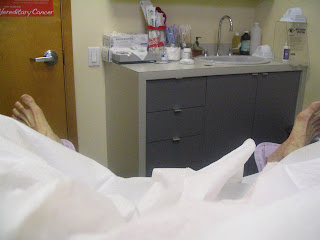 Joan Rivers used to call it "doing the long shave."

Wasn't it like brushing your teeth before going to the dentist? But running late I realized I had forgotten to do so.

So, gritting my teeth through my own errant hairs and the miserableness of a medical instrument that could never be warmed up enough, I asked.

Have you notice a change in pubic hair styles?

And Dr. G., tough and straight forward and no nonsense who spoke faster than any one I know, including my sister, rolled her eyes and said, "Since when did hair become unnatural? I got patients apologizing for not getting waxed before their appointment. I don't understand. You're supposed to have hair there."
Posted by c.o. moed at 12:00 AM 4 comments 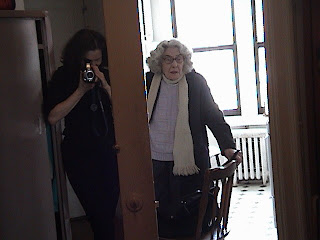 Keeping my head above water meant attending a much-hated yoga class.  At the beginning of every class, Teacher always played something woo-woo to lull us into thinking we would be enjoying ourselves for the next hour.  Mostly it was a lot of acoustic guitars and young women’s lilting voices singing love problems that happen when you are 24.

But today, instead of young angst, a solo piano rendition of Clair de Lune by Debussy slammed me against the wall.

I was suddenly back in a minefield packed with the millions of years I spent as a child wandering around the house listening to Florence break the heart of her piano.  Until I fled at 15 to another home, I listened to her play this piece repeatedly.

I hated this piece more than I hated yoga.  It was the essence of reminiscing about the time you had hope that love might work out.  Those kinds of memories are like drowning in the worst of sorrow and disappointment at your life. 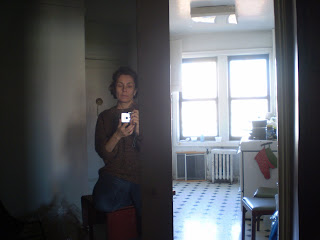