Sunday Memories: An Encore In Memory of Cornell and the Flower Stall

Cornell Edwards, proprietor of the Flower Stall and a neighbor to us all in the East Village just passed away. 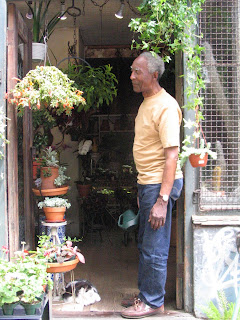