A couple of people told Bill Cornell would have been annoyed at all the fuss being about him. 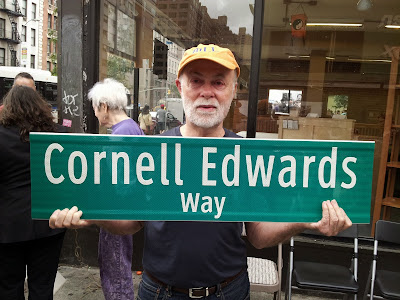 But fuss everyone did. 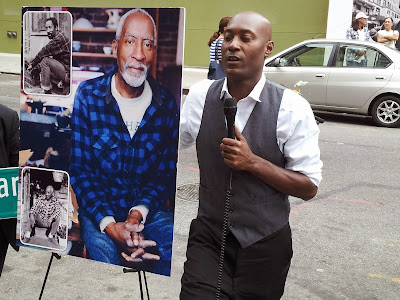 From the neighborhood and block association.... 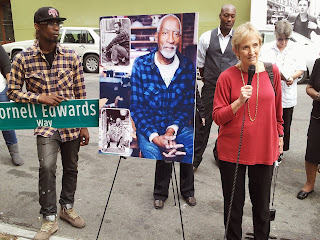 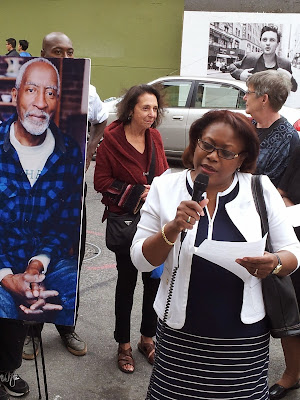 From the Seneca Falls Project.... 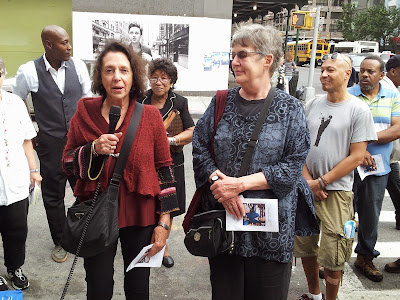 ....to our East Village representative... 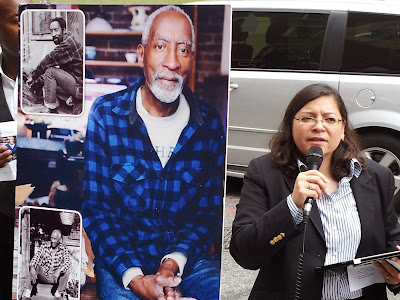 ...and those who represent. 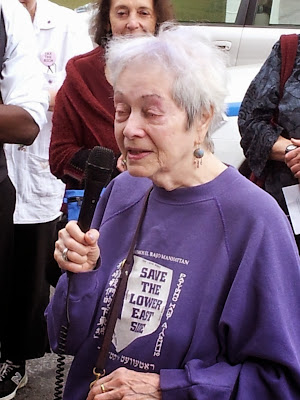 Stories were told of Cornell stopping the kids on the block asking them what they had learned in school that day, and Bill read a letter Cornell wrote 18 years ago to the police department because they harassed a young kid from the block for looking at a car while African-American.

Friends gathered, eyes filled and everyone called forth Cornell's spirit with the word "Gentle".

And then it floated all the way up... 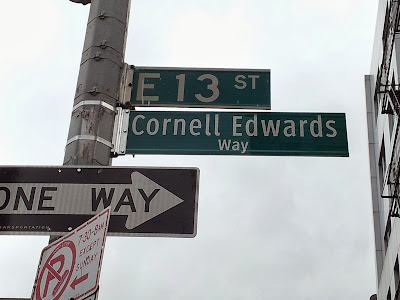 All photos by T. Krever

Cornell Edwards and the Flower Stall - Mother's Day Then

What's In A Name? If It's Cornell Edwards Way, Quite A Bit: Part Three

What's In A Name? Well, Just About Everything!