How Did We Get Here?
And How the Fuck Do We Get Back?


The news of the shooting at UCLA was also filled with news of students barricading themselves, because now knowing how to do that was up there with knowing how to twitter. 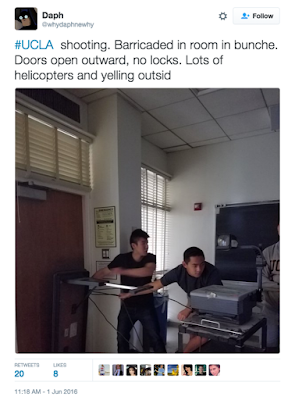 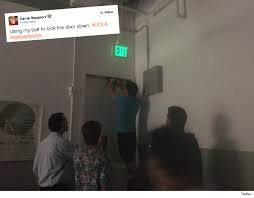 Which they also did.

oh my god, really? someone actually posted that a murder-suicide is better than a mass shooting; that's it a relief that only 2 people died.

how did we get to a place where gunmetal is a shade more accepting than black?

how did we get here? how did we get to a place where a women can be beaten & violated & raped repeatedly in public but her voice is constantly silenced?


how did we get to this place where one left dead is a relief?

It's fucking easy to punch the shit out of someone until they are nothing - with words, with a bomb, with a gun.

It's fucking easy.  And it feels so, so good.  Like no one, NO ONE can fuck with me now.

Yeah, I remember it being that easy.  But it got me nothing and got me nowhere.

For a long time nothing and nowhere was enough.   It was all I knew.

But I somehow couldn't stop talking about how I felt.  And then somehow, someone heard what I was saying and nothing and nowhere STOPPED being enough.

It was fucking terrifying to walk away from suicide and murder.   It was fucking hard.  It meant remembering every moment of bone crushing fear and despair which had put me in nothing and nowhere in the first place and somehow still managing to stay alive.

Suddenly there were glimpses of life that looked nicer and sweeter than destroying and being destroyed.

And even harder than putting down a gun or a bomb or words that destroy was walking into a light and then talking about it all.... 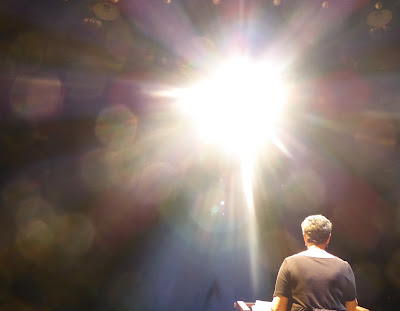 An old work buddy one day stopped by for a chat.  We talked about the bitch of returning to life and staying there.

"Man, this sucks sometimes," I said.

"Yeah.  But the fringe benefits are terrific," he replied.

You, whoever you are reading this, if even out of the corner of your eye, you are dancing with dark shadows that destroy... I'm going to say it to you straight:

THE FRINGE BENEFITS ARE FUCKING TERRIFIC.

So before you pick up ANYTHING - gun, bomb, words, hell - ANYTHING -  start talking and don't stop until someone REALLY hears you.


SHADES OF BLUE: Writers on depression, suicide and feeling blue