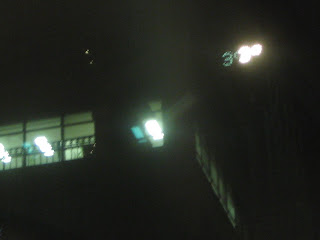 It was 1980 or 81. Computers had just been introduced into small crowded room filled with clerical workers willing to punch the same things over and over again. Some important company with a name that included Dynamic had a small room it needed crowded but only at night. They were paying a ton of money, $7 an hour when the good going rate was more like 4 or 5. That the Dynamic part of the name was rumored to have something to do with nuclear submarines was troubling but the money was too good, the hours too perfectly situated after the day job and the relaxed dress code just right. As darkness fell, a small group of us would take our places in front of bulky clumps of terminals, face green screens with tiny pulsing cream colored numbers and letters, and with occasional trips to vending machines suddenly more affordable, tap away.
Posted by c.o. moed at 12:01 AM 0 comments