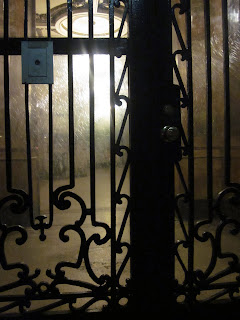 I didn't know the youth center was named after a verse in the new testament. When, in 1972, I called their hot-line off a card someone had handed me, all I knew was I had a bottle of aspirin in my hand and was thinking that if I took all of them, something would give.

Once there, all I knew was that from 4 or 5 in the afternoon until 10 at night it was the best hangout in the world - cute guys from every neighborhood in the city, plus runaways from like other states none of us New Yorkers knew anything about, but who cared because did I mention those boys were cute? For a thirteen year old girl from the Lower East Side, it was heaven. Only in hindsight, years later, did I understand how this youth center kept me out of serious trouble, both from myself and from others.

Still, before I turned 22, it was this place that made sure I stayed healthy with free medical, got fed dinner four nights a week after I was on my own but didn't know how to cook and more important than anything, made sure that when my landlady tried to illegally evict me, I got legal help and was able to keep my lease and my home.