We didn't know how much of Jutta's life lived tucked away in her apartment's corners and her decades of paintings.

As we began to clear out closets and cupboards, all the vases and pitchers and bowls immortalized in her watercolors and oils appeared.

One by one, day by day, her community came by to take moments Jutta had painted. 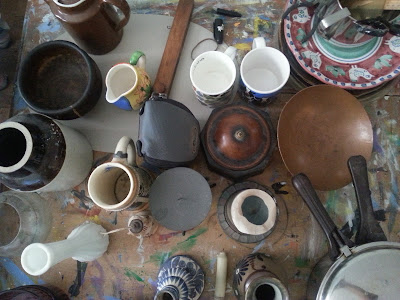 Neighbors took the kitchen table and chairs Jutta had served her son and his ragtag friends dinner all those years ago.  It was the kitchen table I sat at, young and on my own, and poured out my heart about life.

And it was the kitchen table at which I sat for Jutta when she picked up her paints again after decades away and began to reclaim who she was - an artist. 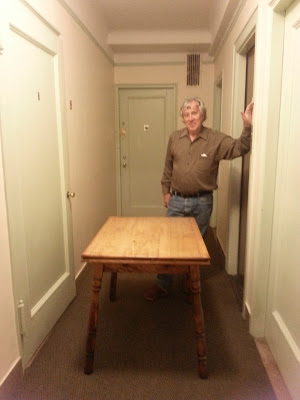 Now it was going to be a whole new breakfast, lunch and dinner nook for an irreverent cook and a working actress.

The Sisters of Assumption called to say they could take all her pots and pans and bowls and vases for their thrift store in East Harlem. 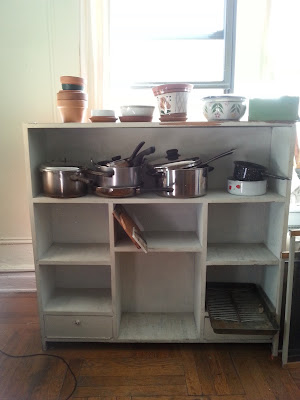 A gaggle of painters - friends of Jutta's, Art Student League folk, people I knew, people I didn't know, came from all corners of New York.  Her frames, her canvases, her paper, her palates, her paints would not end up in the dumpster. 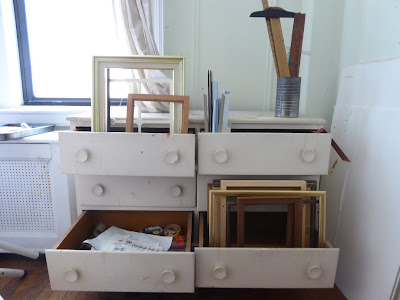 These artists would carry on with what she loved so passionately.

But the old wooden easel still remained.  Someone offered to take pieces of it for lumber.   If it was still in the apartment, come our last day,  I guess we would have to. 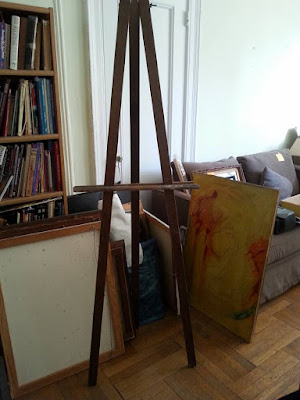 Jutta, I said, let me know what you want.

Then I went through another pile of notebooks and papers.

The young woman wrote that her paintings were outgrowing her easel and she was looking for a bigger one.  Was it still available?