Sunday Memories - A Visit from Another Her New York: "I Just Happen to Live in NJ"

Tina, a writer and mother of four, remembers Her New York (Brooklyn), and one I only knew as on the other side of the bridge and somewhere near Coney. 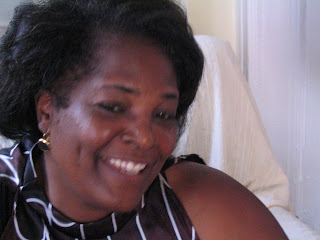 "When I was a teenager, I would take the train everywhere. I grew up in the Cypress Hills Housing projects and I had this boyfriend in Astoria and I just figured out which trains to take, I was 13? The RR train to Astoria, almost the last stop on the RR. I showed up at his house and he asked me what I was doing there and I said 'I wanted to see you.' He took me back to Brooklyn! Well, that was the end of that. Later, I had another boyfriend up in Harlem so I had to get the IRT from the A and I met people there, older than me who told me they had NEVER been to Brooklyn. They were New Yorkers and Harlemites but downtown to them was 34th Street."

Tina met her husband of 28 years when he moved into the same apartment building. They eventually moved to New Jersey to raise their family in a safer environment. I asked how her children were children of New Yorkers and how they were New Jersey natives. 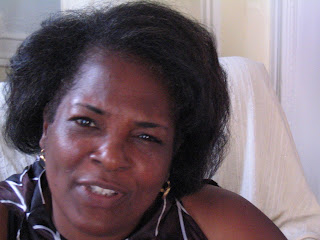 "They are very independent. My 14 year old daughter travels from NJ to NY on her own. I'm in constant contact with her by cell phone, but she travels by herself. Has since she was ten. My younger son (in his 20's) is very street savvy. However, they don't have the same insecurities that I have. Like with the police. I grew up in the 'hood' and police were not our friends. My kids are OK with the police. My older son wants to be one and is on the list. On the other hand, they're a bit more sheltered. Once my daughter said some people looked too scary to her. I told her 'you have family that looks like that.' And when I was in school we had 40 kids to a class. Here they say oh we have such crowded classrooms and they're talking about 20 kids."

She has lived in NJ for many, many years now but NY never quite leaves us, no matter where we travel. 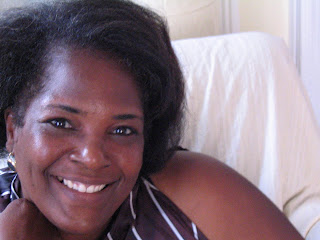 "NYers are much more well-rounded. We're exposed to all sides - poverty, richness. I met someone who had never met a gay person. Well, that's what they thought but nothing I said could change their mind. When my job required to me to travel, I had to go to Texas for a task force and I was like 'let's get to the point.' We take charge, get down to business - a natural leadership. Someone there said to me, 'I can't get over your accent.' I was like, 'what accent?' And there's the driving to stores or to food/restaurants. When I transferred to a job in the middle of NJ, I had to drive. I asked someone where did they go for lunch? They pointed to a gas station across the highway. Every lunch hour people would go to the deli at the gas station. THAT'S where I draw the line. I'm not eating at a gas station. And the quiet. The actual quiet. Took some getting used to. Well, I may lay my head in NJ but my heart is in Brooklyn. I want my ashes spread over the Brooklyn Bridge."