Packing up Florence's love letters to be donated to the Lesbian Herstory Archives meant peering into my mother's secret heart, the one that each of our parents have or had, where they loved and lost and yearned and romanced and dreamed.

Florence, late in life, had somehow unshackled herself from shadows she did not belong in and had flung herself into the arms of women for the chance to dance, wildly happy, to foxtrots and waltzes. 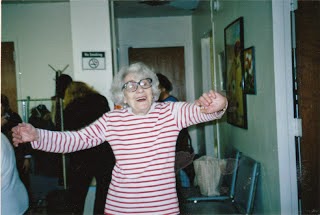 As I shifted through that overflowing file soon to be catalogued for future researchers and students of women's lives, I read proof of her comings and goings and her many attempts to make love last longer than a Benny Goodman song.  Every broken-heart ballad became a documentary of her crash and burns after leaps of faiths.  And every love song became a wild wish when you blow out the candles. 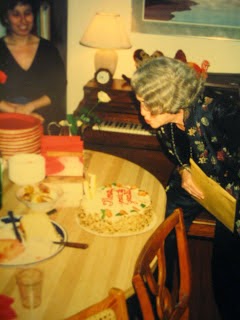 But, as the Mariner pointed out one day, in baseball, the really great hitters fail 70 percent of the time.  These guys, getting multi-million dollar contracts, were literally failing into success.

I didn't remember that as I tried to capture the perfect picture of "Surprise! It's Our Anniversary Roses a day early because you're home sick!" 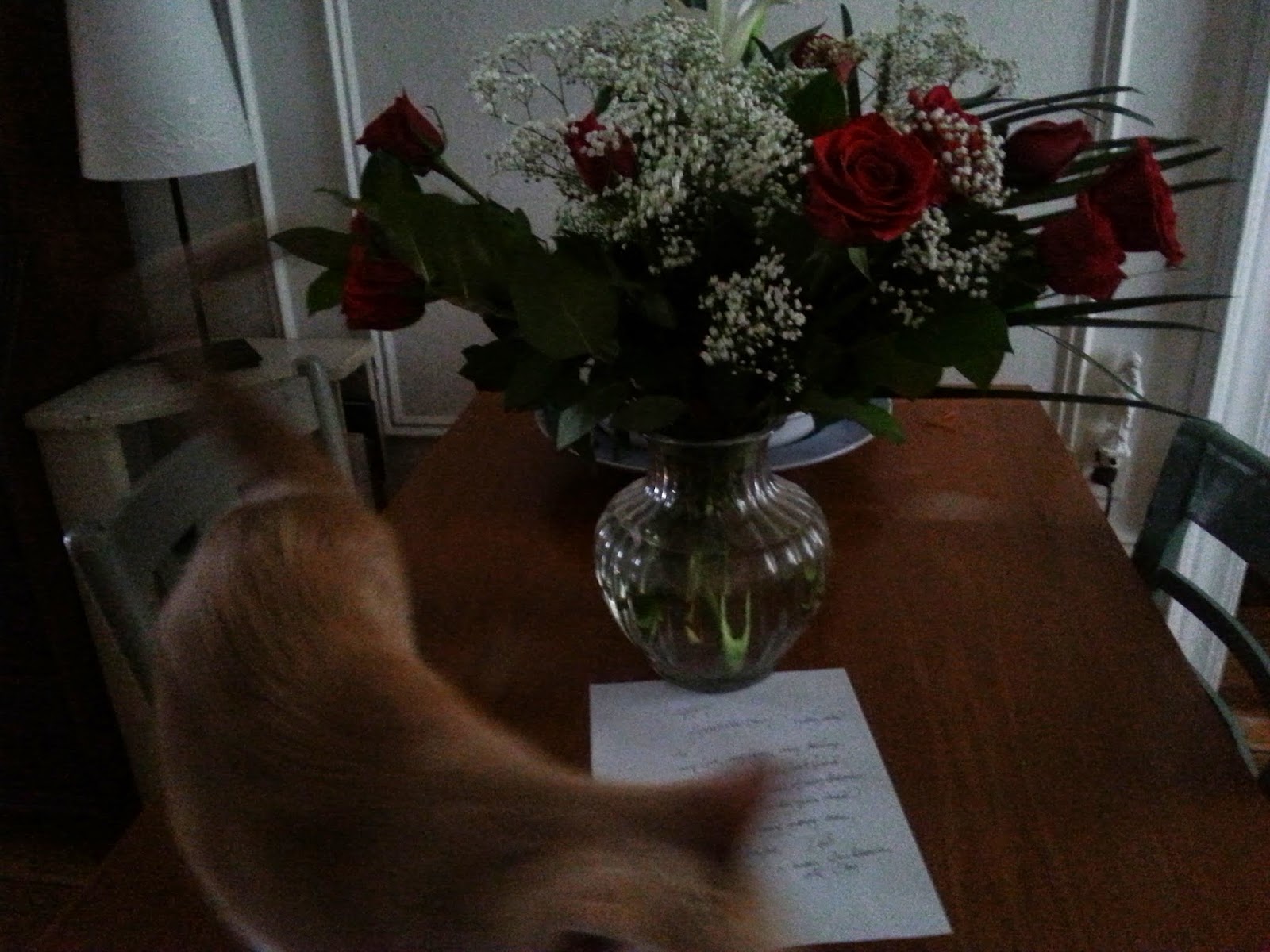 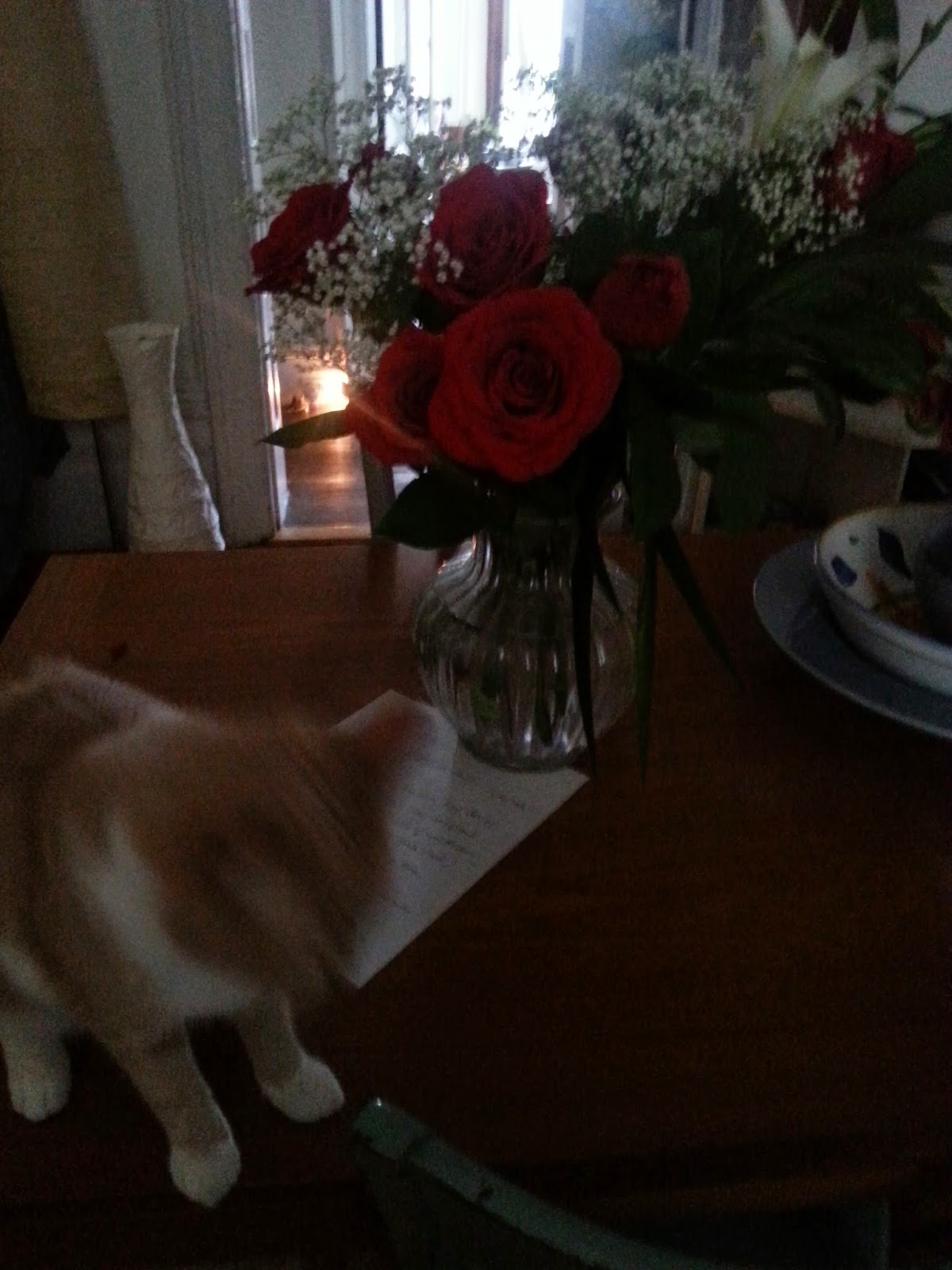 So I had to accept that only I would know how the flowers illustrated the house with three years of joy and beauty and were a portrait of that unique private connection, filled with our own wildly happy dancing.

We found each other so late in our own lives, after failing so many times.  What, in that first date, which just happened to have been the same date of my parent's wedding anniversary which led to a marriage that could be called a complete failure, what was it in those five hours of talking, arguing, eating, arguing, eating again that coaxed us to, once again, leap? 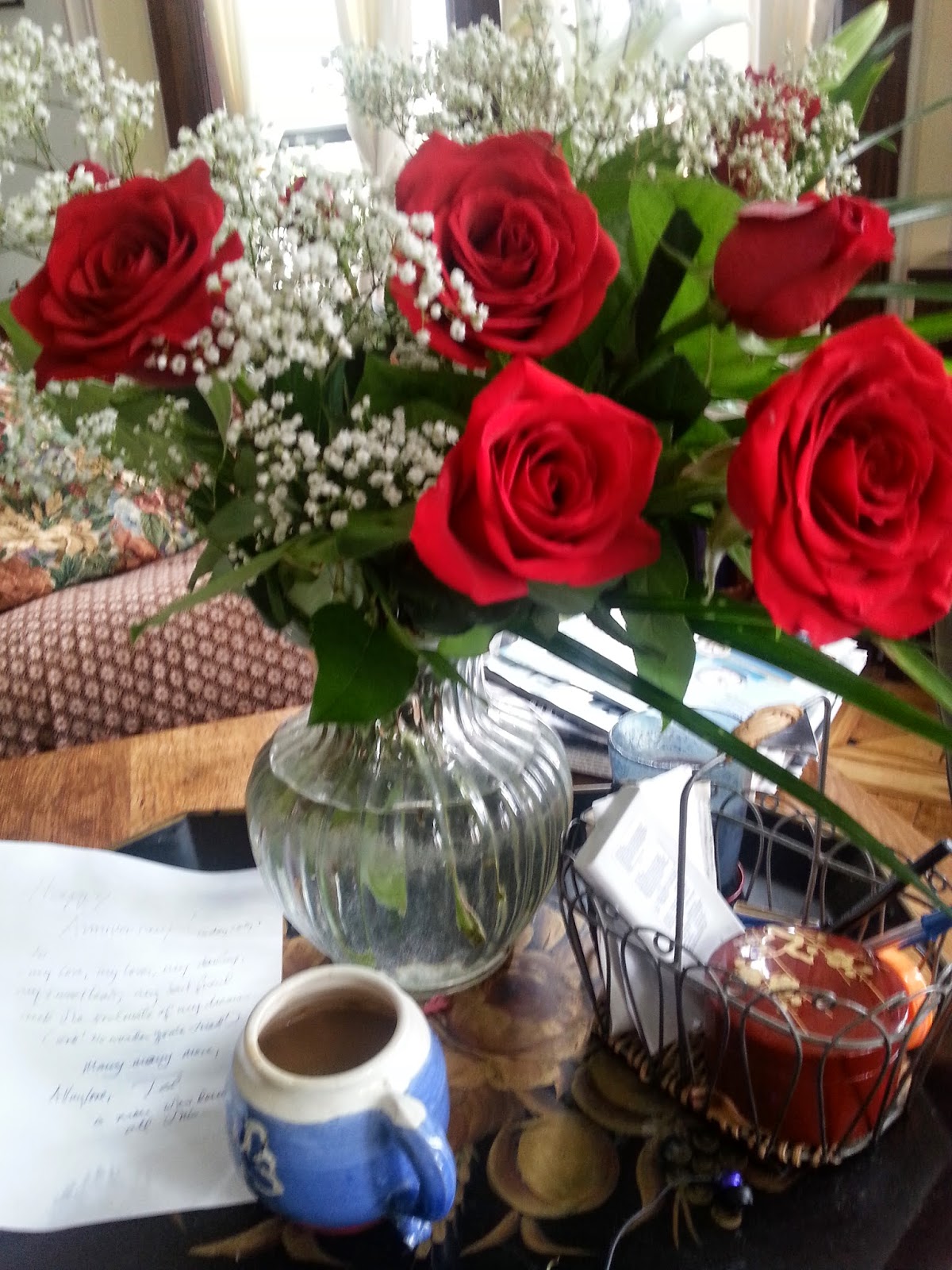 Don't know about the Mariner, but, now I see that I must have learned at the dancing feet of a master.

A Special Encore Of Sunday Memories: I Hear It Was Her Birthday

When Bliss Intersects With Home