Summer Reruns: In The Still Of The Night
The Sound Of Silence Is Revisited

During a visit to Sunnyside, Queens, we came back into my friend's building after errands. There behind the stairwell was an open door to an old fashion apartment, maybe the kind you would see if Scorsese made family movies.

And that made me wonder and yearn for those times when, on hot summer days, doors were left open. 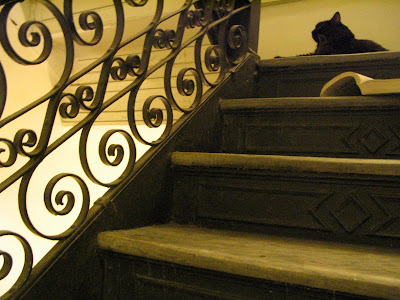 I miss the normalcy of open doors during hot days and sleepless nights, and when my door is closed because the neighbors are awake, I miss my mother.
**Related Posts:

Wherever You Go, There You Are.  Sometimes in Queens

In the Still of the Night, the Sound of Silence