A Fearless And Moral Inventory 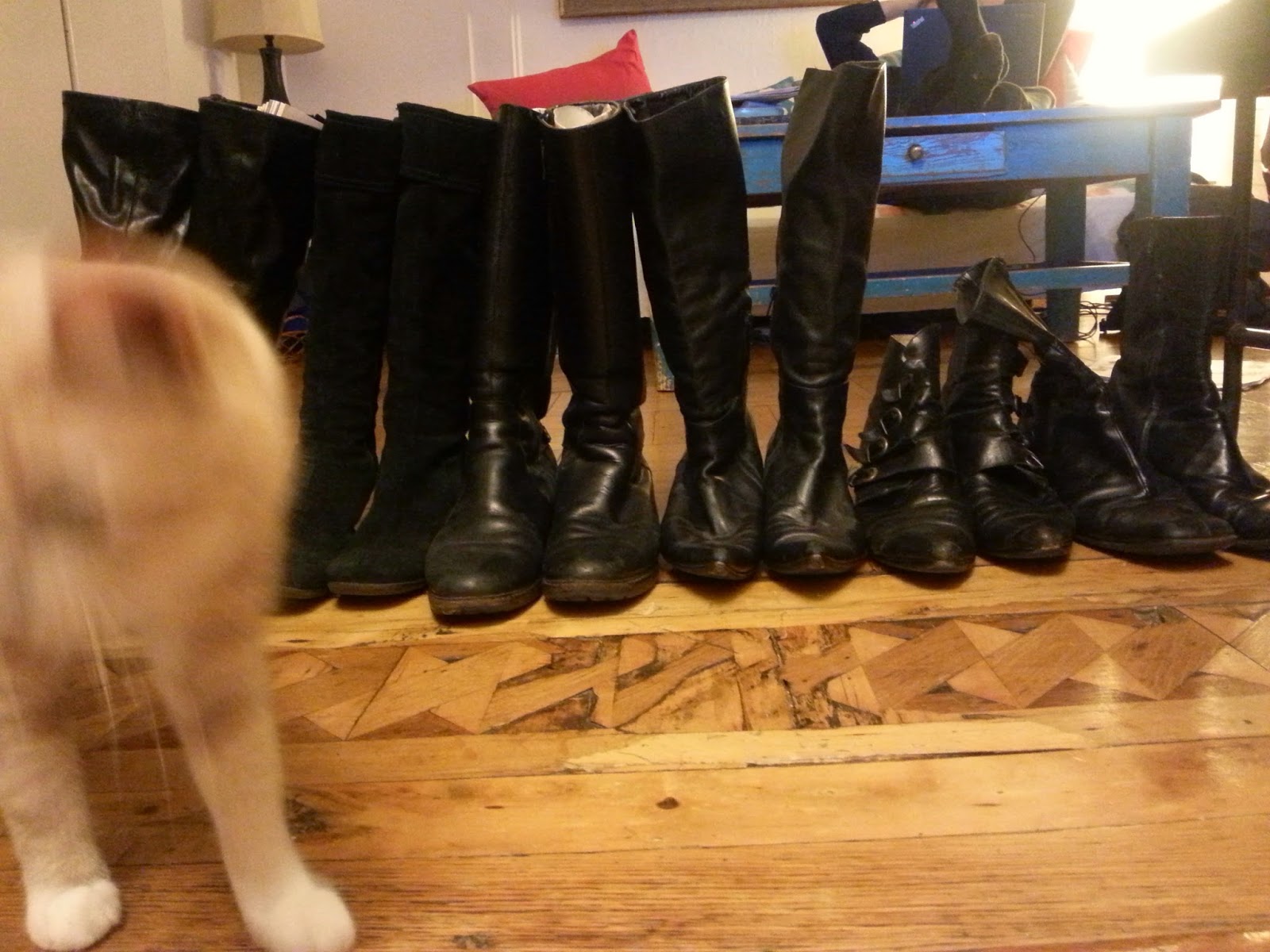 the black kitten heel, pointy toe knee-high leather boots bought new in Martinez, Argentina 2000something glimpsed from a moving train, spotting the exact pair wanted, figuring out how to use the Spanish-speaking ticket machine and getting to Martinez on my own and buying a new pair of boots for the first time in decades for about the same the Mare cost 20 years earlier.

the black Timberlake quasi motorcycle boots, a bit too big, the neighbor gave me muchlatersomething

the two pairs of black waterproof, warm, winter La Canadianne boots bought on 14th Street-2-for-1 new  after destroying a pair of boots in the rain because an ex had bought them for me

the black pointy-pointy-pointy Italian leather $14.99 at Salvation Army before boycotting their stores because they gave so much money to anti-Gay actions

the two pairs of black ankle boots kept at work, one from a thrift store some serious designer name that the guy wouldn't give me a break on the the price, and a pair from Italy bought at a street fair from this woman she just wasn't wearing them anymore but then running into me on the street the following week, saying she regretting selling them to me for $10 she should have given them another shot

and the brown pair of Adams Boots that are kinda motorcycle or cowboy boots with a buckle and they're the only brown boots I got.

Its clear that there is no possible reason, ever, until all these boots fall apart, that I need another pair ever.

Unless of course, someone has a pair they're getting rid of or there's a sale.  Or they're red.