After The One Hour Of Spring... 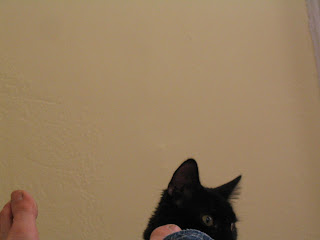 And toes emerging from coverlets coaxed the cat out from behind the toilet.

Sunday Memories: It Takes A City To Build A Village 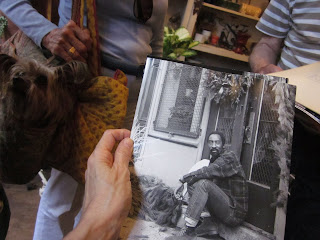 Over the last couple of weekends, Bill began the gentle process of emptying The Flower Stall. Any reasonable donation offered for any plant would be given to Seneca Village, a project Cornell loved and supported. A steady stream of neighbors and strangers came stopped by the beloved old shop, as plants were adopted and checks were written.

Other offerings were made as well. Memories, copies of blog postings, and this photo, taken December 23, 1967.

The Flower Stall is usually open on Saturday, but Bill is there on and off during the week as well. Please stop by with your checkbook or money order made out to The Seneca Village and take home one of Cornell's beautiful plants.

Mishpocheh Across Time And Place

Antiquity in the Metropolitan Museum, 2011 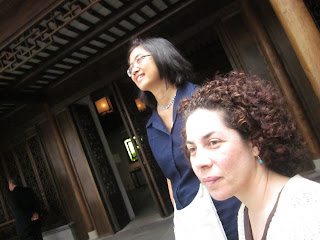 Mimi's hair is like that on the Roman lady statutes she teaches us about and Leilani easily gets cute young men to take pictures of us together. We wander through centuries of worlds, from China to Africa, from Rome to many parts of America.

Later, over hot dogs and pretzels in Central Park, we wander through now and then, musing about our younger days, pondering our present lives, and cooing over adorable dogs rescued by now-adoring owners.
Posted by c.o. moed at 12:01 AM 0 comments

If We Dug A Hole Deep Enough, Would We Be Able To Return To Our Twenties?

It had been 25 years since we all met in China. 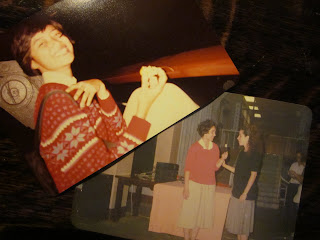 Mimi and me from New York City with attitude to match, and Leilani from Hawaii and England and Australia and Indonesia and other places who floated through each country with a graceful elegance any New York girl would have killed for. 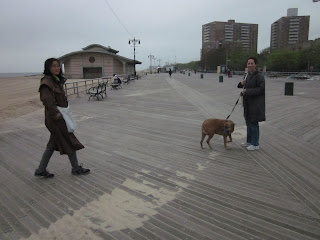 And now each one of us searches the other's face, wondering where the hell the proof of those 25 years hides. Maybe we are more mature, happier, kinder, smarter, confident, but we look exactly the same to one another.
Posted by c.o. moed at 12:01 AM 2 comments 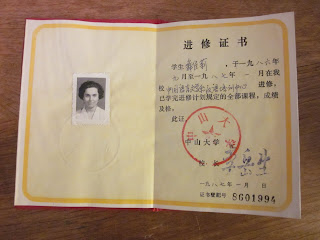 Of course, these days China is not like that at all. And now anything you see here in the United States that looks like Marilyn Monroe probably has been made in China.
Posted by c.o. moed at 12:01 AM 2 comments 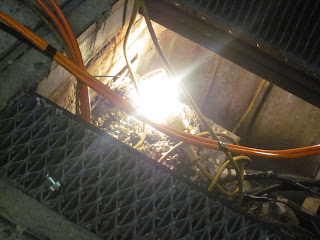 Another Monday Night With Eighth Avenue 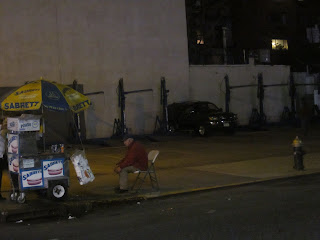 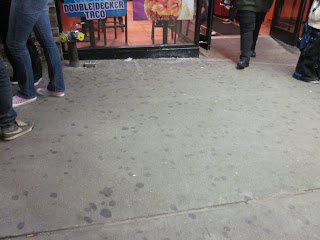 It was really late the other night when I passed the series of fast food joints on 14th Street. And that's when I noticed all the teenagers hanging out. Hanging out in their tribes of multi-faceted fashion statements talking laughing milling being.

For us in those early years of the 1970's when vestiges of hippie land began the slow turn into serious drug use it was Nedicks on the corner of 8th Street and Sixth Avenue which still wasn't called the Avenue of Americas and if it was we never called it that anyway.

There, 13 or 14 years old, we gathered in our multi-faceted fashion statements, sending word like the Pony Express of who was looking for who and when would everyone be headed to the park or did anyone go to the therapy group at The Door which lived on 12th Street then - free meds but no free meals - The Door didn't have a kitchen until 18th Street. We all bummed cheap cigarettes from one another and the richer kids sprung for hot dogs and orange drinks from triangle cups.

It was on this corner we all said goodbye to Cowboy. Cowboy was a legend in our tribe. He walked about with a guitar on his back like a troubadour. A black kid from somewhere else, to us he was the coolest, nicest, hottest, hunkiest older man of 16 or 17 we knew. That afternoon he told us he was headed across the country or something like that and we all melted goodbyes in the hippie hugs everyone gave everyone, man, woman, gay, straight, sober or stoned.

Weeks later, one of the kids came running to the corner, telling us Cowboy was dead. He had taken acid and tried to swim across a Great Lake in some other state, I think it was Michigan.

It's like almost 40 years later, but every time I walk that corner I always think of Cowboy. And when I passed those kids on 14th Street the other night I thought of all of us.
Posted by c.o. moed at 12:01 AM 3 comments 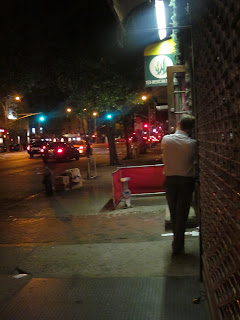 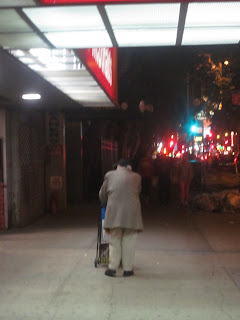 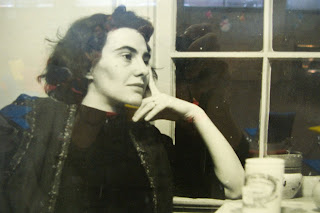 These were not the gifts Florence gave my sister or me. And although I inherited her love of lipstick, it's what is not found in a tube or a store that reminds me of my mother. It is, instead, a ferocious, unending, tenacious, gut wrenching, miserable exhaustion, banging-head-against-wall, exhilarating 'til-death-do-us-part relationship with the work of an artist.

Personally, there are days I would have been just fine with a new dress or some blue eyeshadow.
Posted by c.o. moed at 12:01 AM 1 comments 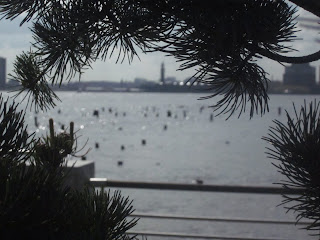 Roller skaters roll, kids play, there's grass and people lying on it and lots and lots of trees and bushes and benches. It's lovely. A welcoming respite with all this space and breeze and green and water. I feel like I'm in another city, like maybe Seattle.

In the middle of this rustic setting are the remains from a former respite.

A derelict wharf closed for years by concrete barriers that didn't stop anyone from scampered over them and then carefully navigated out to the very edge of the water, stepping or leaping over huge gaps between wooden planks that if missed would have landed some unlucky soul in the river.

Tricks were tricked, preening abound and it was the closest thing to heaven I had when I didn't have the time to get on the F train and go to Coney.
Posted by c.o. moed at 12:01 AM 2 comments

Only The Light Fixtures Are Different 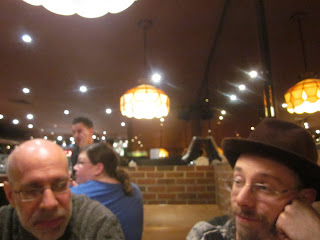 There used to be tons of florescent lit places to go to in the middle of the night for a quick bite only a couple of dollars. Now even the 24-hour post office closes at 10 and the all night diner on 34th is really expensive. 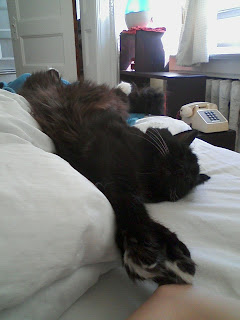 Juggling a soup bowl or a cup of tea, Florence would point her finger at me and say, "Well, you know it's all your fault."

After that statement of fact, the rest of the day would be spent curled with a pile of my favorite books and the radio tuned to the New York City radio station that broadcast children shows for all the sick kids stuck at home. On special days, I even got to spend the day in my parents' bed. Naps would sneak up on me and when the radio was tuned to WABC AM, music like 'These Boots Are Made For Walking' would transform my dreams to music videos before video had even been invented.

These days, books and a mini-tv and the cat keep me company as I drift in and out of naps. Every once in a while I tell myself "Well, you know it's all your fault."
Posted by c.o. moed at 12:01 AM 1 comments