Encore: "Let the rain kiss you... Let the rain beat upon your head with silver liquid drops..." Langston Hughes 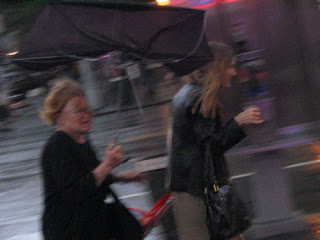 Even the homeless man wheeled his hand truck under the awning. But I threw myself forward hoping the clouds growing dark were lying or at least not telling me the truth for a few more blocks.

...and then it rained and the two old ladies cared tenderly for one another as they prepared to step into the storm. 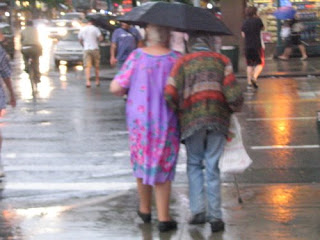 I cried later after the storm had finished.