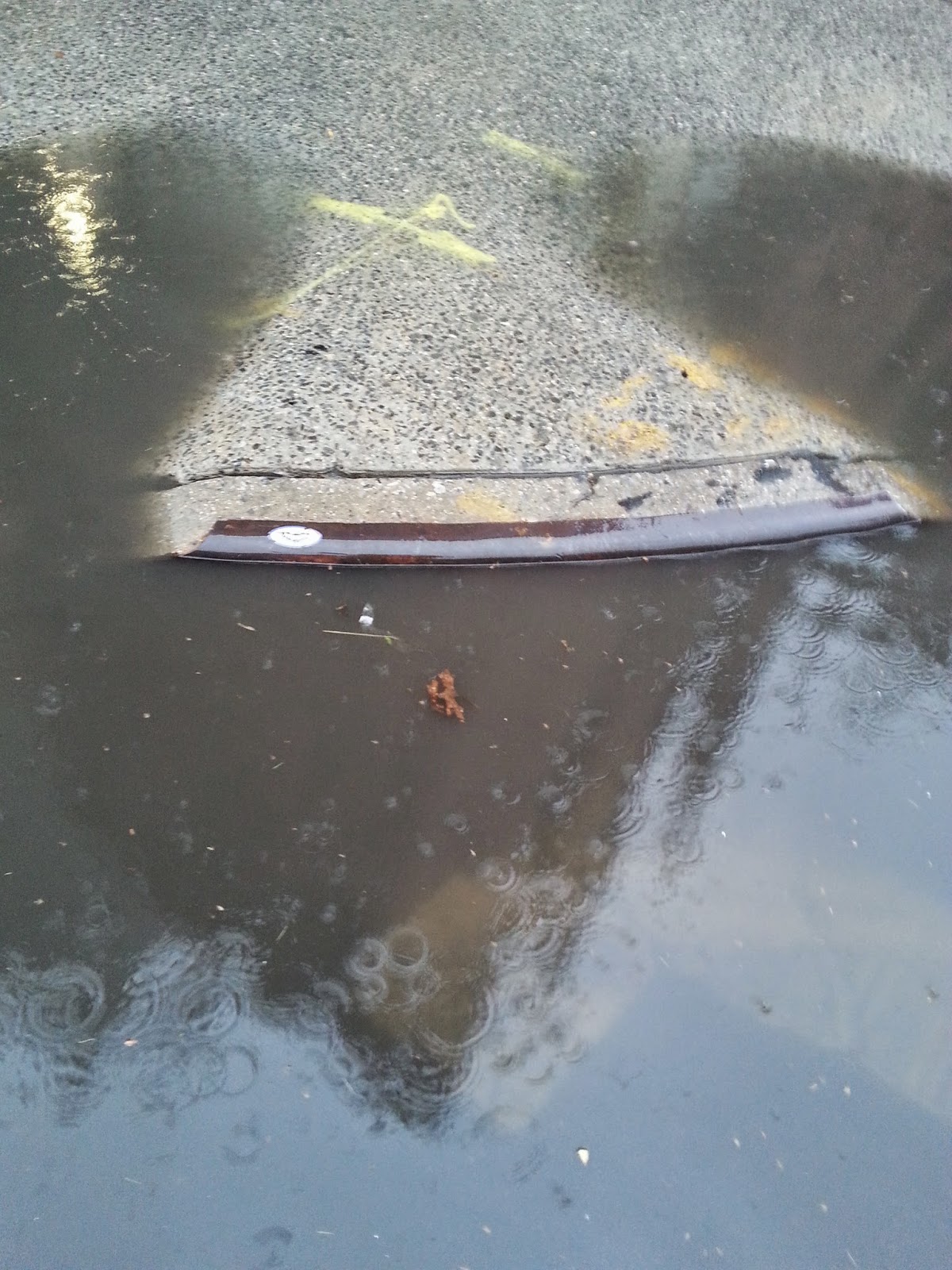 When it rains, the city becomes a tough poem.

Gray grim, nothing beautiful, not the way gray is in the Dutch master's paintings where a white light makes everything glow.

The pregnant woman told me when it started today, she wanted to sue someone.   She's a lawyer so that made sense.

But I don't want to sue.  When it rains, I just get disappointed in the weatherman who said it wouldn't and then I just grimly walk through, ignoring everybody else.  And everybody else just walks grimly through it, ignoring me.

Because when it rains, the city becomes a tough poem.

....And Dancing In The Rain


Encore: "Let the rain kiss you... Let the rain beat upon your head with silver liquid drops..." Langston Hughes