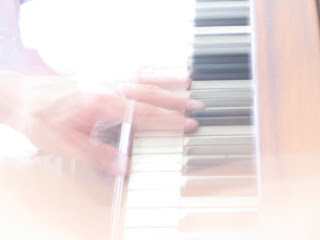 The Steinway L series grand piano hadn't been played since the fall of 2006 when Florence was too sick to sit on the hard chair, too sick to read music, too sick to begin an 8th decade of being an interpreter of Chopin, Debussy, Liszt, Beethoven, Bach...

This Steinway had been built in 1923. Florence bought it from someone at some point in the 1940's. How a girl, underweight from frugal eating and penny pinching, saved up to buy an instrument worth thousands of dollars still bewilders and puzzles my sister and me. But working as a waitress up in the Catskills at the Borscht Belt Hotel of all Borscht Belt Hotels, Grosingers', Florence saved every cent beyond the bare necessities. Coffee, cigarettes, an occasional sandwich, or according to one friend, sometimes just a piece of toast for breakfast. 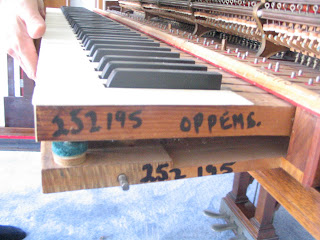 This piano, with its sweet mellow embracing tone, followed her everywhere, from Knickerbocker Village to Lewis Street to finally the courtchyard. We think they brought the piano up six flights of stairs , the windows too small for them to hoist it up from the roof like how they do it in TV commercials or sitcoms. Sometime in the 1990's she had it rebuilt which meant the piano went down and up the stairs again after 30 years in the living room corner. Otherwise, its place in her world was as permanent as sky or sun or her fingers which until her last breath were ferocious and strong.

This recent day almost a year after her death, Walter came by as he had during Florence's last years and opened both his bag of tools and the hidden recesses of her Steinway, to clean out the dust and stray pens and too many paper clips and a ticker tape parade of the brittle corners of pieces of music. When he finished, after almost three years of silence and seven decades of belonging to her, Walter's jazz poured out, proving this Steinway's tone still sweet mellow and embracing. And I sat where I had always sat when that piano was being played. 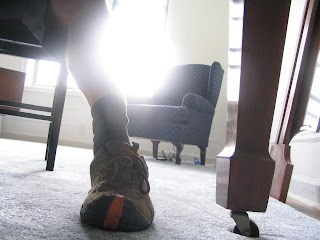