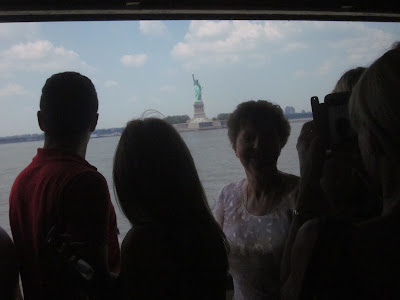 Everybody rushed to the railing to take a picture of the Lady.  Everybody, not just the tourists.

Whatever journey that mother and daughter had traveled to that moment,  they now had, from those quiet camera clicks, proof of the promise.

On The Ferry Monday Morning

Love Letters From The Most Beautiful Harbor In The World

Sunday Memories:  Getting Out Of Town

Midnight At The Oasis

The Walk To Hope

Sitting On The Dock Of The Bay