Restoring Story and Living Out Loud

Almost 15 years had passed since those boxes had been opened.  During that time everything had changed and what used to be normal was now obsolete.

Not just the mom-and-pops and laundrymats and shoemakers...but also like three-quarter inch tape and mini-dvs, and high 8s...

Lots of places had transferring services, but uptown or Brooklyn or midtown or... What the heck - Maybe J&D Video Labs up the street was still in business and could do transfers from now ancient materials into present day discs.

I guess with so much disappearing I hadn't expected to hear a live voice at the end of the phone.  Especially one with that familiar Brooklyn accent.

The building had the same tiny entrance and the same tinier elevator.  And on the fourth floor, the  same old floor - a normal floor I now only saw in brief glimpses every other year. 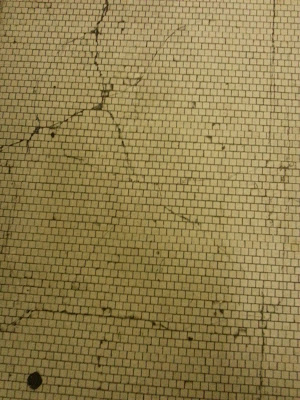 That business had been in business since 1966.  Joe had started it with his dad.  Now his son was there.  Every New York filmmaker had graced their door.   Many still did. 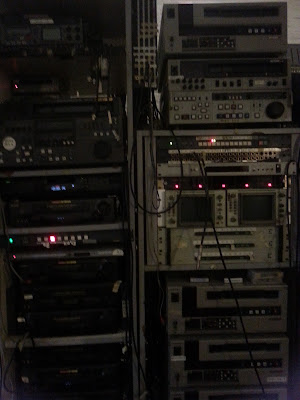 And there in the back was a long and high wall of old machines so many of us had learned on... half inch... three-quarter... high 8...  we were like bartenders making cocktails, shifting from tape to tape all the pieces of video we needed to build a story. 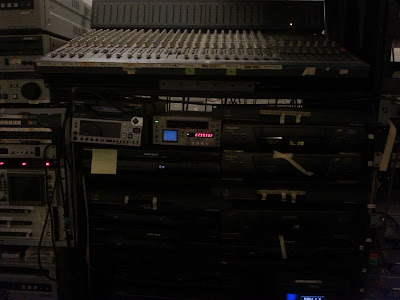 Long nights in a tiny dark room whirling a knob back and forth and clicking into each frame an image and an idea of a story that made all the stories inside burst out into the world and paint a vast fairy tale picture... 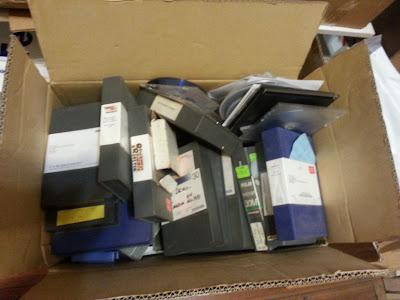 Those old familiar blue and gray plastic boxes stacked up, each a word, a chapter, an attempt to live out loud...

"I'm trying to find who belongs to these tapes," Joe said.  "I don't want to throw anything away." 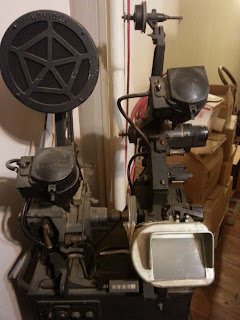 "Bring them in! I love doing this." 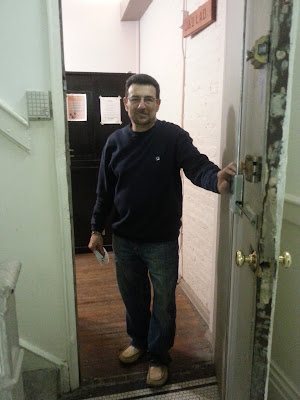