... and Dancing in the Rain 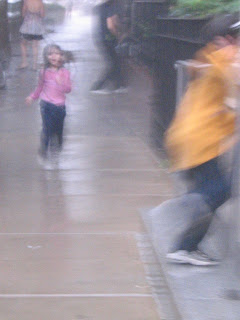 It wasn't that I had forgotten. It's just that I hadn't had to remember. But there she was, a little girl jumping and giggling and running and shouting in Wednesday's downpour.

When I was young and it poured humongous cats and dogs, Florence would send me out in maybe rain boots, maybe sneakers to play in the storm. I'd race around the empty courtchyard and jump and dance and skip and stick my face up into thunder and wind.

Today, quickly snapping a picture as I futilely raced against getting soaked and miserably wet, I wondered if her quirky idea of playtime came from that passionate dance Gene Kelly did when he realized he was in love. 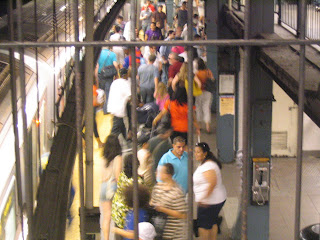 Waiting for someone, watched the many people pour out like confetti made of July colors, a train station reconfigured some years ago to look beautiful yet remind us through pieces of old walls artfully placed how awful it had been especially during the summer months. 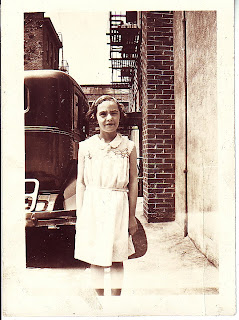 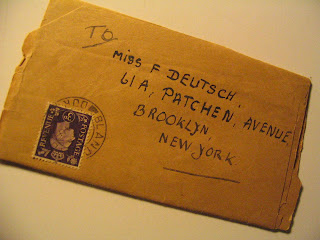 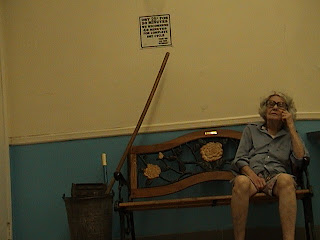 Thank you so much for taking time that at the end of your life you do not get back to visit IT WAS HER NEW YORK.

I post three times a week on Tuesday, Thursday and Sunday, Sunday's posting always a family or childhood memory. However, as we see from JEREMIAH'S VANISHING NEW YORK, something in our home can without warning suddenly become a memory.

Still, perhaps foolishly so, I write to defy what some call inevitable and others call stupid. I'm with stupid.
Posted by c.o. moed at 2:09 AM 4 comments 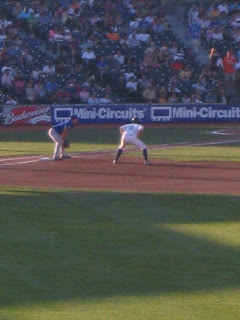 It was a dream come true. As wonderful as Gramma allowing me a ride on the Wonder Wheel or Florence playing hookey with me and Louise and taking us for a early morning summer swim, recently one night I got to have Coney and baseball together. The Brooklyn Cyclones, farm team for the Mets, were playing the Pennsylvania Auburn and with $8 tickets for the outfield boxes, once again we rode the emotional roller coaster until the Cyclones, just like the Mets came from behind and we're still not sure how but then again family traits do run deep.

And of course, the fireworks helped ease the exhaustion from the ride. 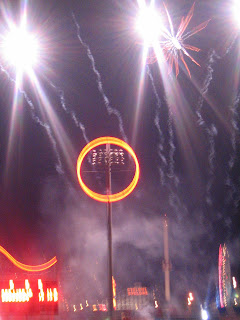 *with thanks to Kristopher for the hotdogs and fries. Go Nathan's!
Posted by c.o. moed at 12:01 AM 0 comments 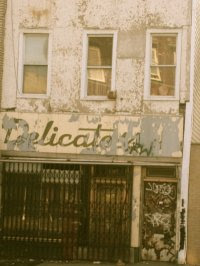 Jeremiah's Vanishing New York a.k.a. The Book of Lamentations: a bitterly nostalgic look at a city in the process of going extinct, one of THE most important blogs in the world (which NY is) highlighted IT WAS HER NEW YORK on it's Wednesday July 22nd blog.

To say that this is an honor is an understatement. Jeremiah Moss is a New York hero who epitomizes the African proverb "Only when lions have historians will hunters cease to be heroes."

Well, Mr. Moss is one mean-ass lion with a computer and because of that, our city won't have to go quietly into the night.
Posted by c.o. moed at 7:47 AM 5 comments 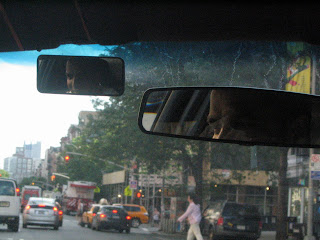 The maintenance guys had to get in immediately because something was leaking somewhere.  Luckily I still had an emergency $20 tucked away so I grabbed a taxi to Florence's.

The dashing driver and I talked about the decrease of taxi use and the possibility of driving a bus. He asked what I did.

So I took a picture and, handing him my card, told him to check the blog in a couple of days.

"I don't just drive a taxi." And he handed me his card. There, dashing smile and all, was his picture next to bright bold letters announcing SUNNYSIDE REAL ESTATE: All Your Residential and Business Needs Met!

"You're like in the two worst professions to be in during a recession,” I said in disbelief.

PS 134 on East Broadway between Grand and Montgomery/Pitt 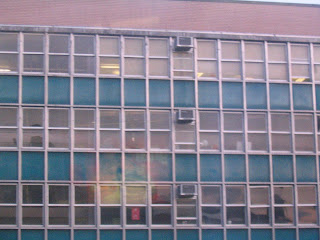 The spartan diet of Florence's limited but very healthy cooking took its toll early in my life and in need to something interesting to eat I would, against the rules, often visit friends' homes to ogle their tuna fish casseroles with potato chips on top, or their peanut butter and jelly sandwich (a forbidden delicacy in our home) or the obviously gourmet macaroni and cheese dishes. I didn't partake of any of it, the imposing on other people's limited food supply and strained budgets a cardinal sin, but I did lustfully leer at those dishes.

And then one summer, once again enrolled in the city-run day camp program in the park across the street, I was told that because I was a camper I was eligible for the summer lunch program at PS 134. I almost died and went to heaven. And for several weeks I indulged in plates of all the starch and gravy and meat loaf and macaroni they'd pile on my plastic tray.

Years later, I found out that PS 134 had a lunch-time program for the senior citizens in the neighborhood. For $1 you could get lunch. Florence, barely still cooking for herself or occasionally going to the Luncheonette with me (our version of eating out), swung by, perhaps motivated by the same curiosity that drove me to meander around friends' dinner tables. The fare, this time low sodium and low fat, was just as exotic to her as those summer meals years ago had been for me. I was thrilled, thinking a steady source of food would help balance the nutritional swings between her diet of national chain fast foods she saw on TV and the tasteless salt free organic stews she made for herself.

But soon she stopped. "I don't feel right," was her explanation. She worried that taking her $1 meal when she had a little bit more than nothing in her bank account was taking away a $1 meal from someone who didn't have anything in their bank account.
Posted by c.o. moed at 12:01 AM 2 comments

He and his five brothers and sisters were found in a box on Queens Boulevard in the pouring rain.

From the beginning we liked each other