From different cities and different worlds, the four daughters of the two brothers have all taken turns visiting, each one of us stepping into quiet worlds of indeterminate memories, bringing whatever gift we have left to give.

My sister attempting to celebrate our father's birthday, one rarely reached without people applauding, flew all night, strategizing paper plates, store bought cake and a car ride up and down a single hill, while I once again became a daily audience to his fading looped attempts to hold onto his daily life. 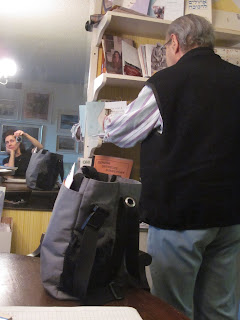 And hours away, one daughter sends weekly emails from the other side of a day, read aloud by a nurse to her father, my uncle ... 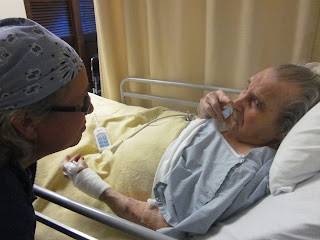 ...while his other daughter hours and miles from her home was briefly remembered by him when he saw the shape of her nose.

Yet somehow, through the haze of a descending night, these two brothers still remember that they call each other 'bro' and that they both love cars. My father remembers his brother lives in a nursing home and my uncle remembers they took his watch away once he settled there.

They remember birthdays with a ferociousness that defy the fact one told me that joke two minutes ago and the other said he visited with a beloved brother-in-law dead for decades just the other week.

And still remembered, bedridden and fed institutional meals, is Kashrut and the choice to have chicken and milk because "I don't observe the laws".

In this silent devastation, minds leaving bodies that hold fiercely to the idea of another meal or another joke, an unexpected blessing unfolds. The brutal childhood, the broken marriages, the raging tempers, the failed attempts at love, the heartbreak of a disappointing life occasionally become the old world, a distant shore, a vague memory.

So we four daughters of two brothers from different cities and different worlds hold the memories once spat out in pain or fear or rage or lectures, while the two brothers may or may not remember our visits.