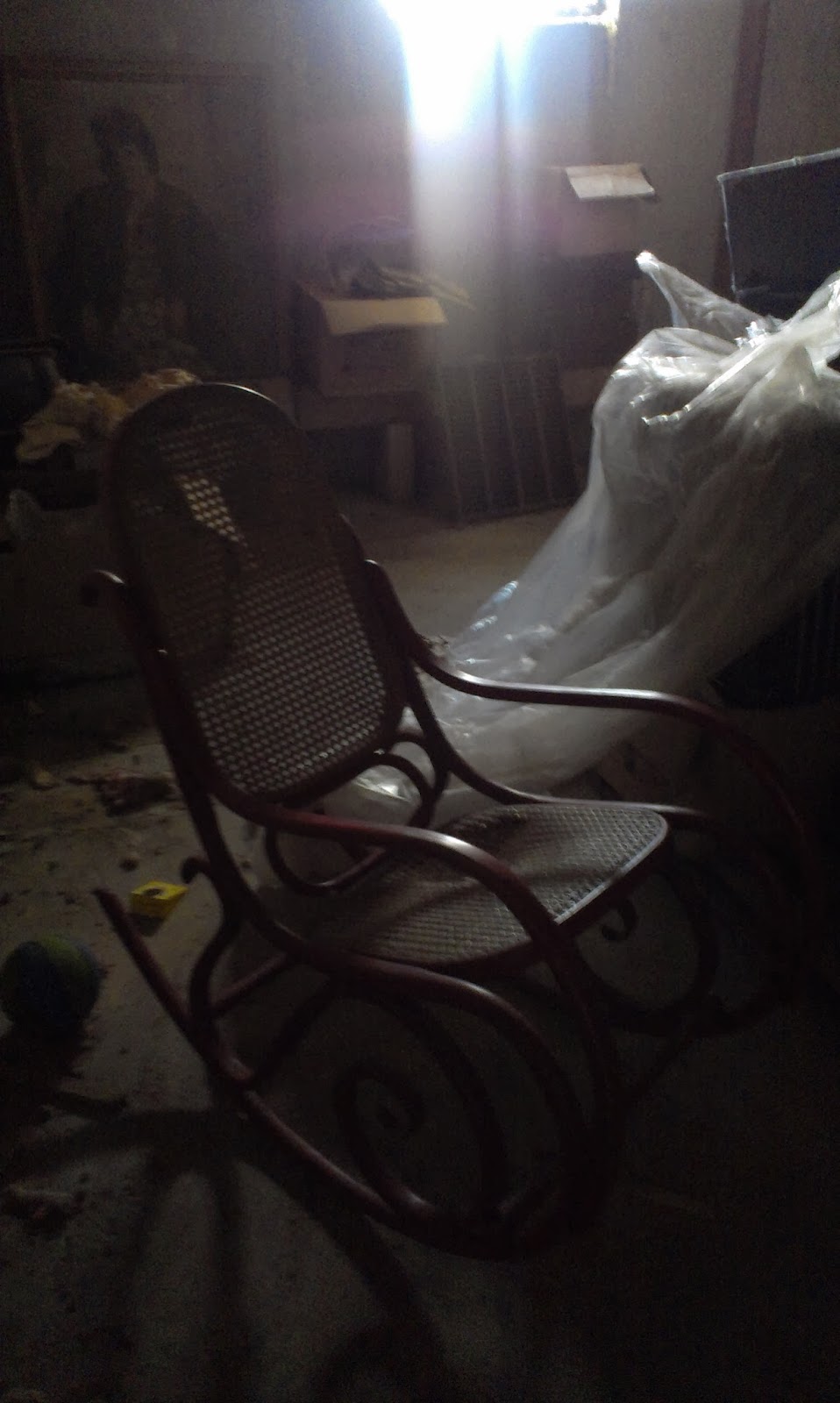 The basement was cavernous.  Straight out of the kind of movie where people wandering in basements got killed but not before they screamed a lot.

So of course I had to wander.  I felt drawn to the twisting path winding between old suitcases and massive amounts of repair materials.

There was one last corner to turn. It was darker than the rest of the basement.  The bare bulbs had ended way before this bend in the road.

So of course I had to turn.

For there, facing the last wall, was the rocking chair I used to, over forty years ago, crawl into to soothe myself.

There had been no rocking chairs in my New York home.  Rocking chairs were only in fairy tale stories that turned out alright.   But, exile and diaspora to Philadelphia for my last year of high school brought a new home, a new family, a new school, a new city and a new world.

Nothing looked the same - there were too many trees and everybody drove everywhere.  Kids my age had their own cars and horses.  All the buildings were short.  Nobody stayed out after evening light faded.

I was terrified.  I didn't understand it at the time because I just kept smiling and nodding and doing every task and chore I was given.  It was only at night when my new young family went to sleep that I would crawl into their rocking chair, put on headphones, and comfort myself into some peacefulness while listening to music that reminded me of home.  A home that no longer existed, if it ever had, but one I needed to live in.

Sunday Memories: Let There Be Light

The Obituary of Judith Joseph