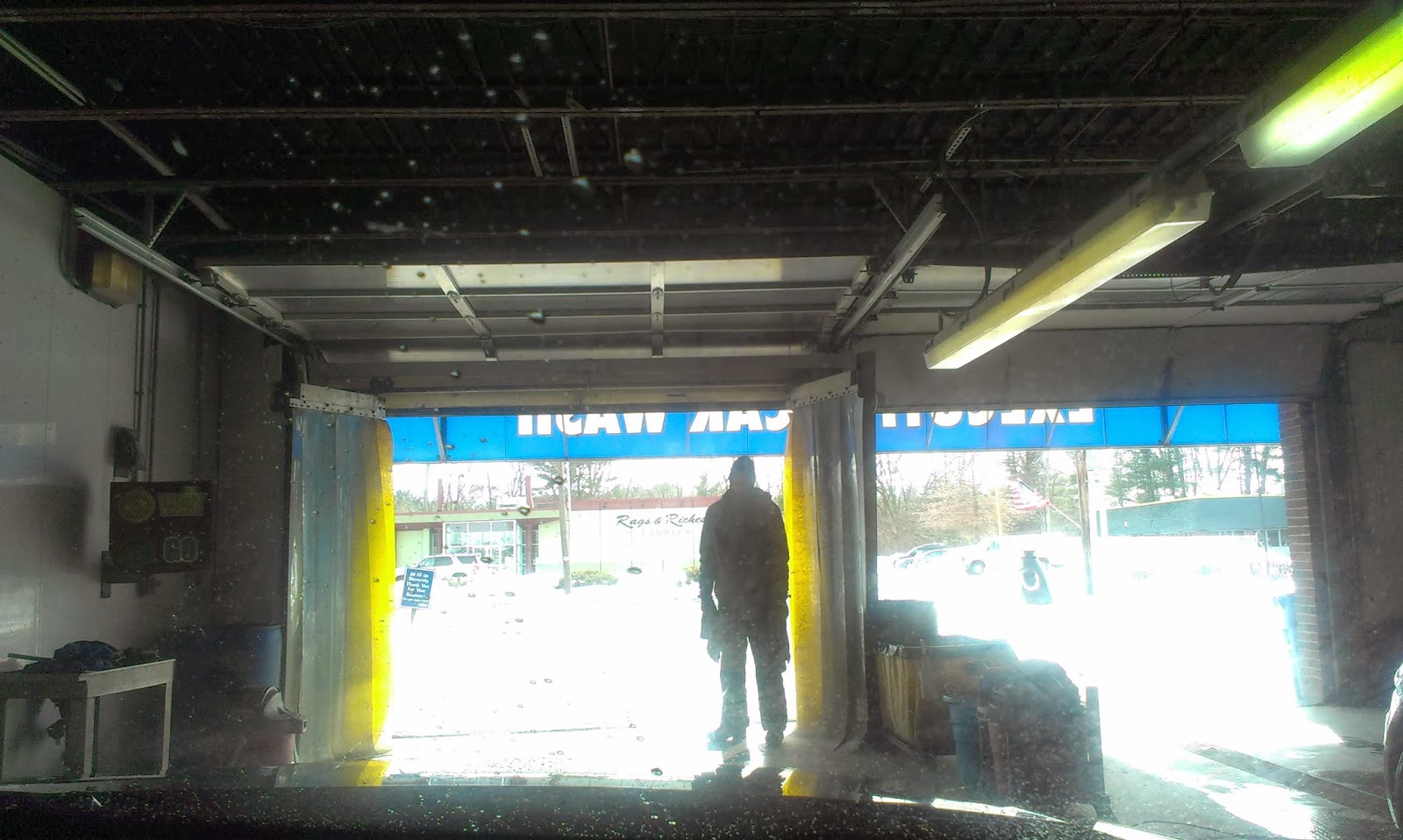 The thing about growing up in New York and then not moving out is you never really learn to drive and car washes are seriously exotic.  Or at least completely unfamiliar.

But, in America, as the Mariner pointed out, car washes were a part of life, up there with laundry and grocery shopping.

This was America.  On the list of necessary stops, appointments and errands that silently broke an already broken heart, was the car wash.

A big sign with fabulous names like THE ULTIMATE or THE V.I.P. or THE EXECUTIVE spelled out what would happen or not happen like inside vacuuming or outside polishing or just lots of water and then you were on your own.  Ben picked a lot of washing and then serious drying.

I watched the young man standing on the edge of flying giant mops, mutant brushes and spraying water, take a hose to what I had thought was a gray car.  Windows rolled up tight we then traveled through a Disneyland ride for cars, that is if cars were alive and went on vacation.

At the end, the same young man waited.  I wondered how he stayed dry all day, always on the outskirts of such ferocious wet activity.

It was so cold that the water on the mirror froze before he could finish drying it.   He leaned in and said something.  His accent was Russian.

There are a lot of Russian refugees here, Ben mentioned.  That's because it's warmer than Siberia, I joked.

We continued watching the kid attempt to beat the cold before it froze all the water on a now dark blue car.