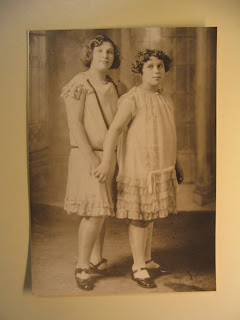 He now clings to a spiderweb of little lists that are his daily memory. What doctor when. Who is coming on what day. Where did he put what he can't remember he was looking for. Yet siting on the couch uncertain of the last five minutes or the next five minutes, home becomes sharp and specific and stories about Home like those of his sisters come tumbling out.