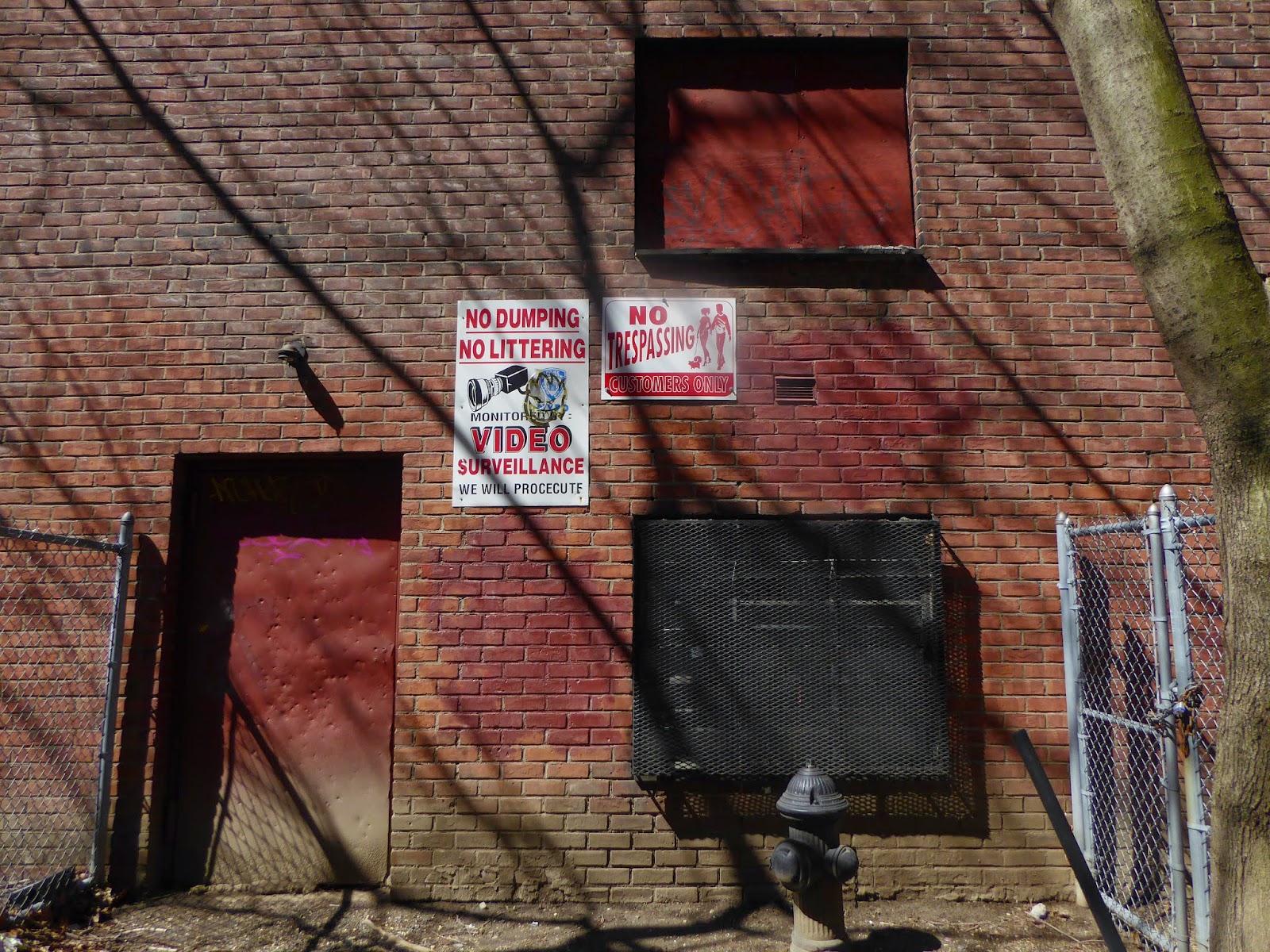 Of course we had a real playground to play in.  In fact, we had three.  It's just that two of them were kinda small, didn't have much stuff to climb or play on, were sometimes locked and the big kids often played in the other one.

But it didn't matter.  The whole neighborhood was our playground and we had the run of it.  Including corners like this which in those days didn't have video surveillance because there was no such thing as video.  These hidden spots became our castles and battlegrounds, our field for jacks and dodge ball.

I don't ever remember not running around the streets of the lower east side.  From the time I was four or five until I left for higher ground, I ventured forth in rain and shine, every season there was.  As long as I had finished my violin practicing and homework, the world was my oyster.

Frankly, today's sidewalks filled with people texting or shouting highly personal information into their cell phones may be much less dangerous but they are much more annoying. And I wonder if, when they were kids, they ever went outside by themselves to go play in a city.

Sunday Memories In the Park with Mom