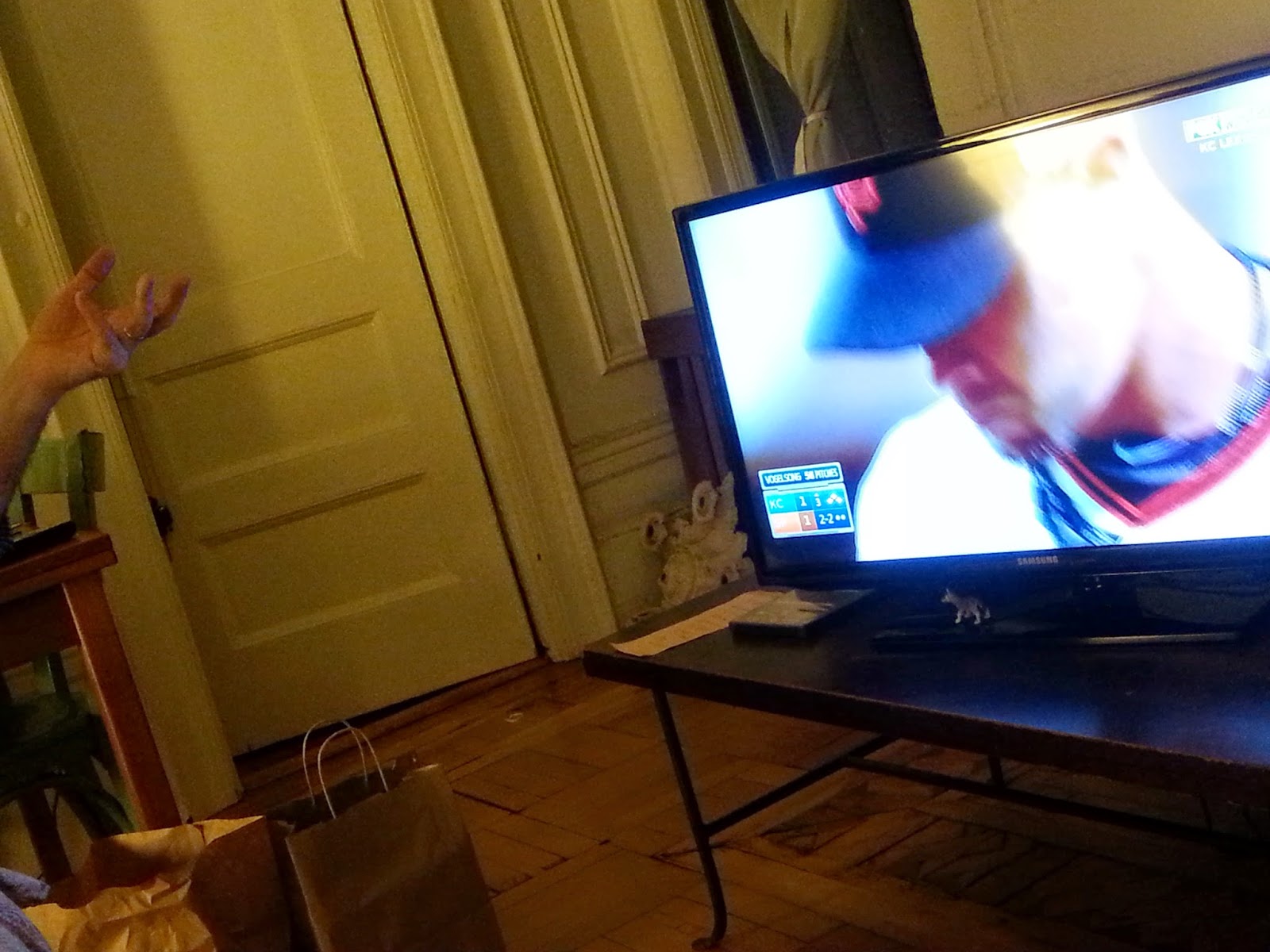 I was always a Mets fan but never went to a game until a rich man I was working for as a housekeeper took me out to the ballpark.  We sat near third base and Lee Mazilli who was young and cute and nice, signed autographs for little kids.  NOBODY was there because it was the late 1970s and the Mets really sucked.

Joni introduced the Mets into the family in 1986. That's when they won the World Series again.  "You went to China and left me here and there was nothing to watch on TV and baseball every day was spontaneous," she reminded me.

When the Mariner found out I was a Mets fan he was more thrilled with that than with my tolerance for long hours of writing apart from one another.

The Mets weren't in the Series this year, but the Giants were and they're National and so they're loved but it would be great if Kansas City won even though they were American League.  It had been a while.

However, much of the night, after the traditional Joni-back-in-NY-fried-chicken meal, was spent trying to explain the history and the game of baseball to El who only saw it in Austria when they broadcast the Bad News Bear. In German.

The following is actually dialogue:

Then the Giants left Brooklyn and the Dodgers got this canyon in L.A. so when the Mets came they took the orange and the blue...

We love the Mets

It's an abusive relationship

Every year Ted says Next Year they're going to be better.

Why was that a strike?

He can foul off.

I think that's a stupid rule.

Now you have to tell her about sacrifice fly!

But  this is great!

In 1999 the Brave were tormenting them and they had a hitter Robin Ventura and he had wrecked his legs he was the all time grandslam hitter and all they .... they call it the Grand Slam Single.....it's in the rule book as a ....

OH! That was almost a bunt we haven't talked about a bunt!

I said, what about that sorbet?

Because it's wet.  Because it was RAINING.

That's not raining. It's heavy misting.

Take Me Out To The Ball Game Take Me Out.... DO THE WAVE

I don't know where I am right now.

Finally, we all gave up and let Abbott & Costello explained it.

Art And Life: A Love Story

Sunday Memories Of Stairway To Heaven

And Just Around The Other Corner