What My Phone Saw New Ancient Remains Of The Day 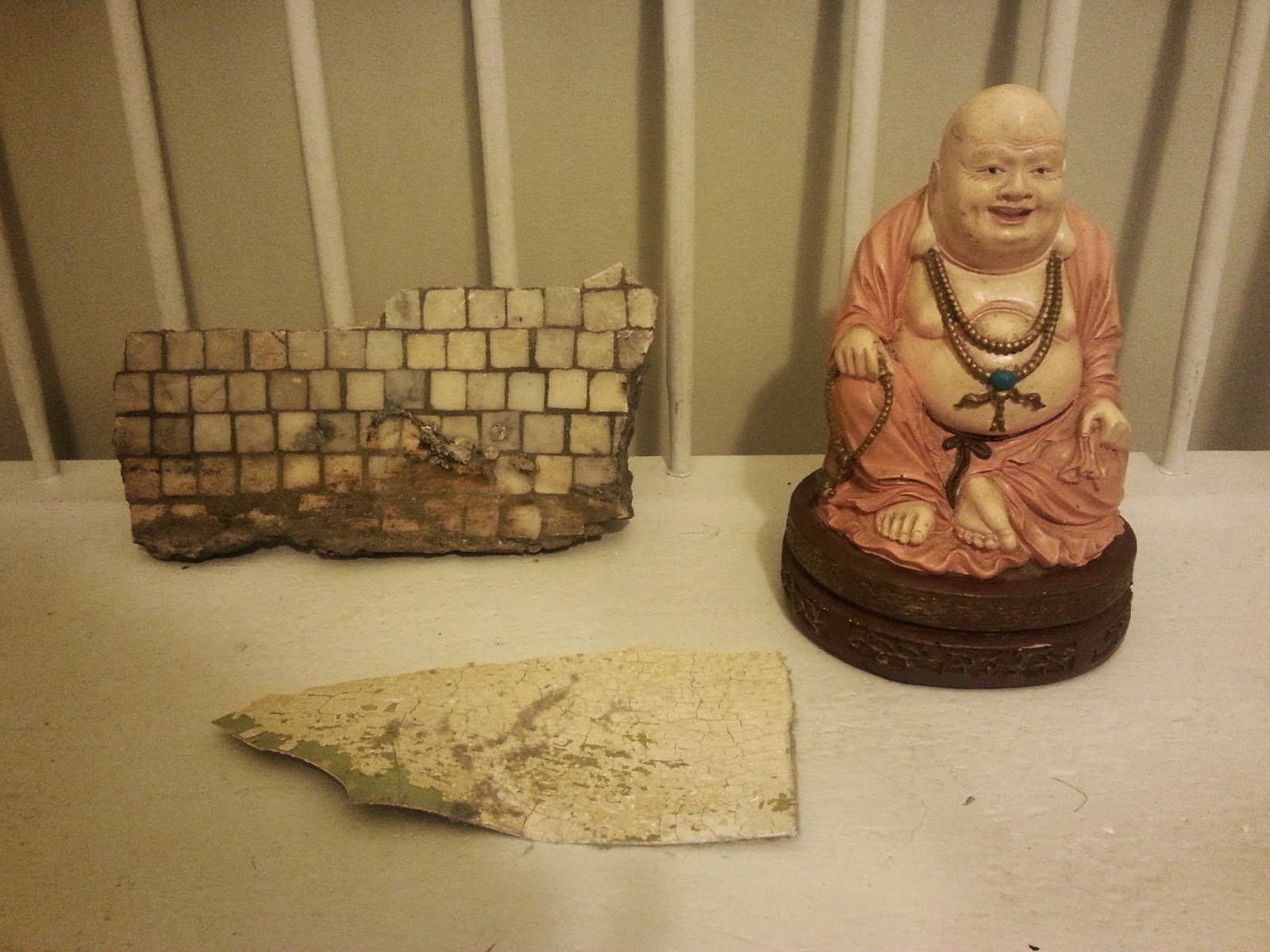 The piece of a wall, one not made of plaster or whatever walls are made of, but of 100 years of paint, each coat the 'now' color of any modern wall, piling up like the rings of a redwood tree until it was thicker than cardboard.

And the Buddha. Maybe the hippest thing to have in the 1970's, hand painted by the girlfriend of his brother who died and then she went out with a woman and got sick and died and the woman died in a car crash, and it had lived twenty years in his home, moved from room to room until it landed in the kitchen, gathering layers of 7300 days of meals cooked and coffee brewed and tea steeped, and finally, he, making his own fresh start in life, asked if it could live with us.

Faster Than A Cable Car Going Downhill
Posted by c.o. moed at 12:00 AM 0 comments