In Case Of Emergency... 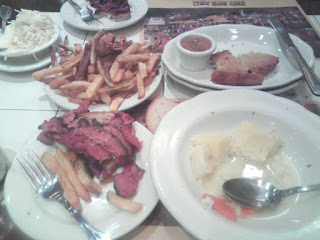 So me and the Mariner headed to our version of hospital food.  Surrounded by every language in the book - Brooklyn, Long Island, French - we ate and kibbitz with the "maitre d'" (which I don't know how to say in Yiddish) and by the time the Mariner got back from the bathroom, said Maitre and me had found out we grew up down the street from one another and his friend still lived in the Quartchyard.