It Was Also Her City College. It Was Always Her New York

Mimi breaking the rules by not knowing they're there. 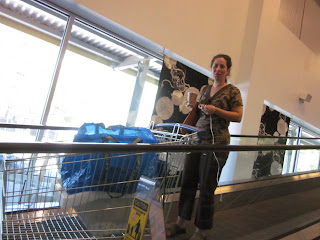 We saw each other around City College enough to recognize each other on the plane to China. It was 1986 so not many people were going there. There was a dormitory just for foreigners and I know there must have been other exchange students with curly hair just like her and me but no one immediately comes to mind.

There was maybe one western style hotel and a couple of discos if at all. One night we went to that disco. The club closed except for us westerners and the one memory I can really remember was watching Mimi and Jaffe danced to the song everyone had played from every Brooklyn stoop that past summer.

She was intrepid as much as I was timid so I went home after the semester exchange ended and she traveled to the ends of the earth when not many people were going there.