Sunday Memories:
Having Cake And Eating It Too 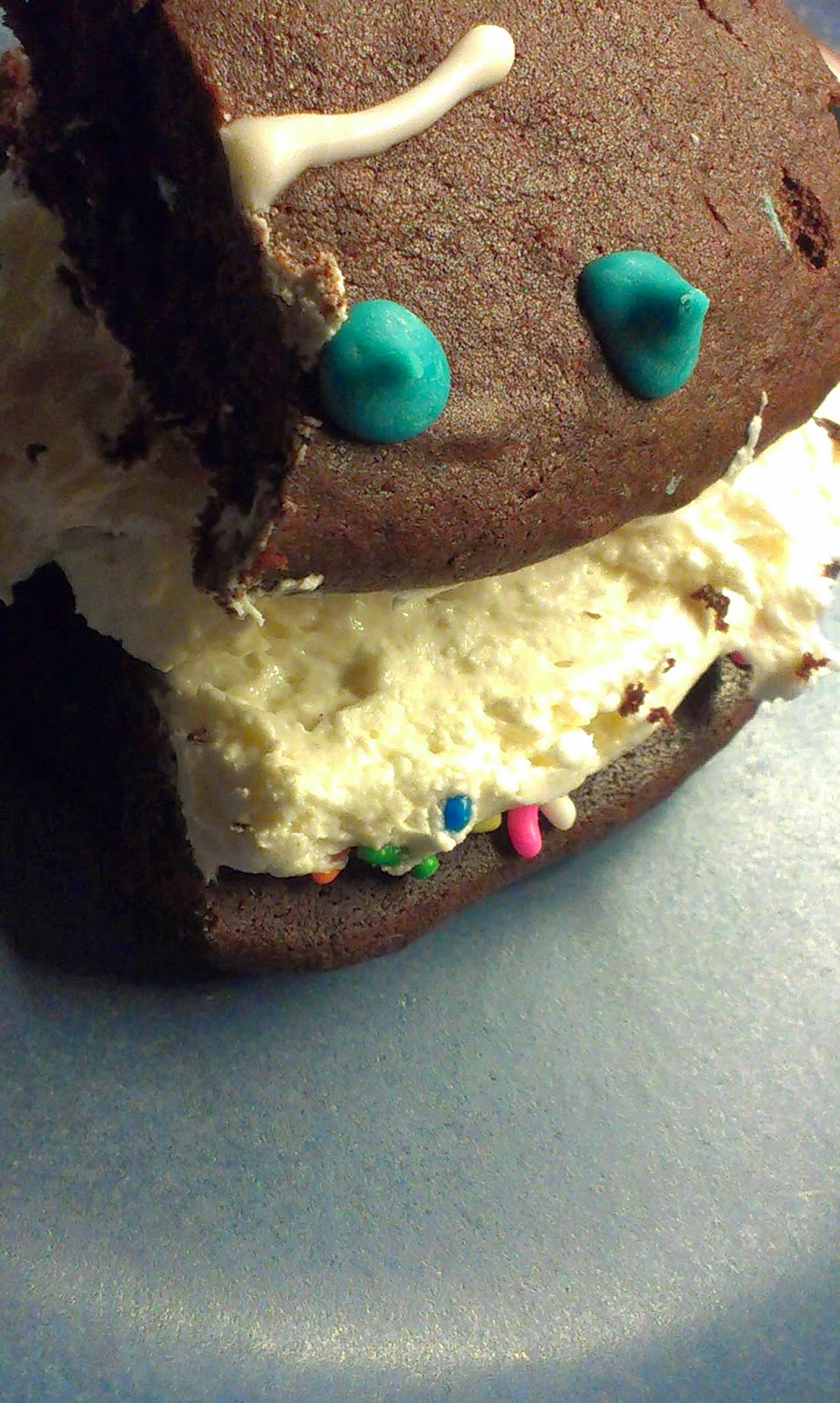 Sometimes home appears in unexpected places, like a restaurant hundreds of miles from my favorite bodega on Second Avenue.

I spotted that cake through the window of the restaurant as we walked towards the front door.   Sitting on the counter.  Clearly being doled out in slices.

Luckily, our reservations had been delayed.  That meant standing next to the counter and reading 'Happy ... something... something' upside down.   So of course,  the Mariner asked if that cake was on the menu.

It wasn't.  It was for staff to celebrate the nine years the restaurant had been in business.

"You're shameless," Ben said, but even that didn't stop me from graciously accepting.

One bite and it was like embracing an old friend I hadn't seen in decades.  Like when you hug them and you remember in that instance every nuance of the friendship, even though you couldn't remember what you did yesterday.

A rare event, eating cake in my childhood. Once a week at Gramma's.  Twice a year when I got invited to a birthday party.

But, once in my own home on Second Avenue, the ferocious freedom of buying cake whenever I damn wanted to led to many a late night scooping up a package of Suzy Q at the bodega on the corner and then heading home for a 2 a.m. private party of eating and watching whatever was being rerun on the T.V.  If those so-called halcyon days had actually been halcyon, cake would not have been the answer.

But it was and it was bliss.

Then health demanded a presence in my life and cake, along with cigarettes, too much booze, and fried foods were escorted off the premises.  Boring, sad, but definitely a better feeling waking up each morning. And then of course the happiness late night cake had promised but never delivered also had to be sought in different ways that didn't come in a cellophane wrapper.

Still, I didn't know how much I missed that cake until tonight.  That first bite, obviously better than anything Hostess could have done, catapulted me back to young years, late nights and biting into something that promised great happiness.

So, when the owner offered a second piece, of course I took it.

I did say no to the third piece.  But only because I didn't want to appear greedy.

Sunday Memories: Over The Hills And Through The Woods To Grandmother's House We Go