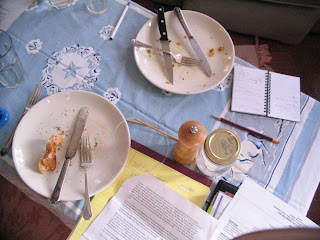 It was 1996 when we sprawled across my bed and pondered how to keep our feet moving toward our destiny. Our hopes were young. She said a writing group but one that's about everything in our lives. I said every three weeks because two were too short and four too long.

Other than the times there was a death in the family (2) or a tough break-up (more than 2, less than 5), we met in person or on the phone every three weeks and in several hours old goals got discussed and new goals got made. Before we knew it, fourteen years had past and the old twists and turns from ferocious effort and breathtaking kismet had brought wild dreams into startling realities.

Perhaps to the outside world, we changed or stayed the same. But to us, we just became ourselves more and more and more. Sand in an oyster we are now pearls.

my comrade and my friend, Josslyn 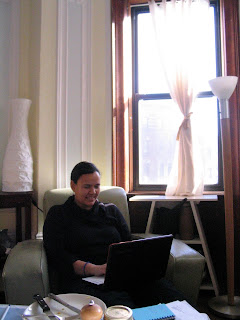