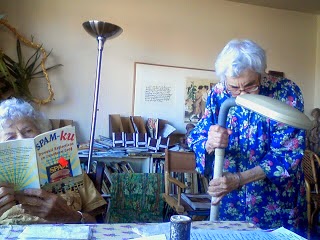 They were sitting in the sun enjoying the day and each other's company, minding their own business, when a very posh lady, with a TV crew trailing behind her approached them.