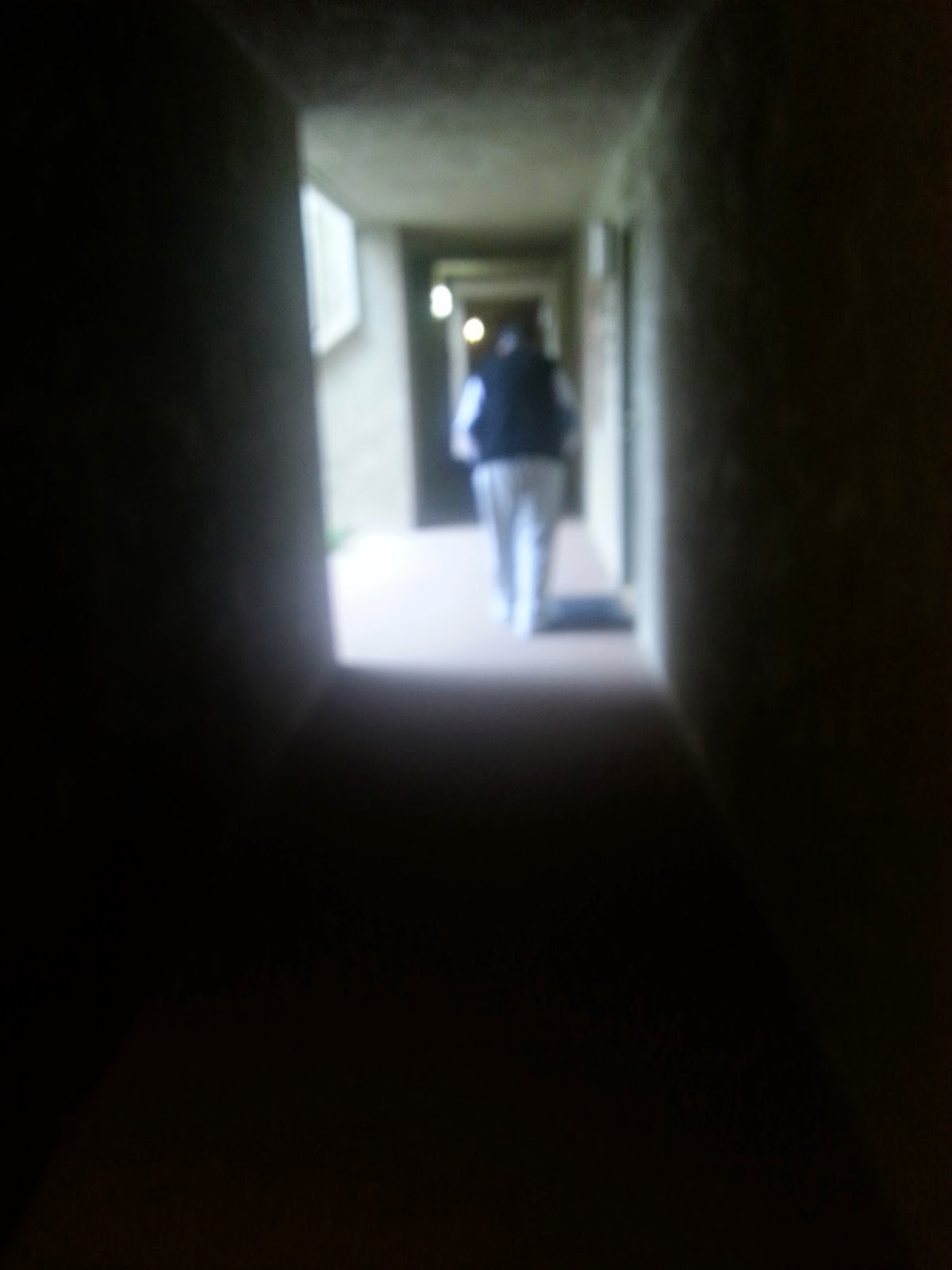 And even though he got a car for those last few years at the job, and again when he moved to California, driving was never very comfortable.  He had learned too late and did a lot of steering wheel gripping as he kept to the speed limit while other drivers honked and yelled at him as they flew by.

So here, in sunny Southern California, it was nothing to him to walk 20 miles a day, no snow or ice to keep him from discovering the cul de sacs and sprawling suburbs now his new city.   Perhaps it is why at 93 the doctor keeps telling him he's doing "real fine".

His legs walked him into these late years, still living on his own (kinda) and still physically robust (kinda).  But those long walks have now faded fast and gone, and the five minute walk to the end of the hall and back took more like 12 minutes and all I could think was shit if he topples over I'm fucked.