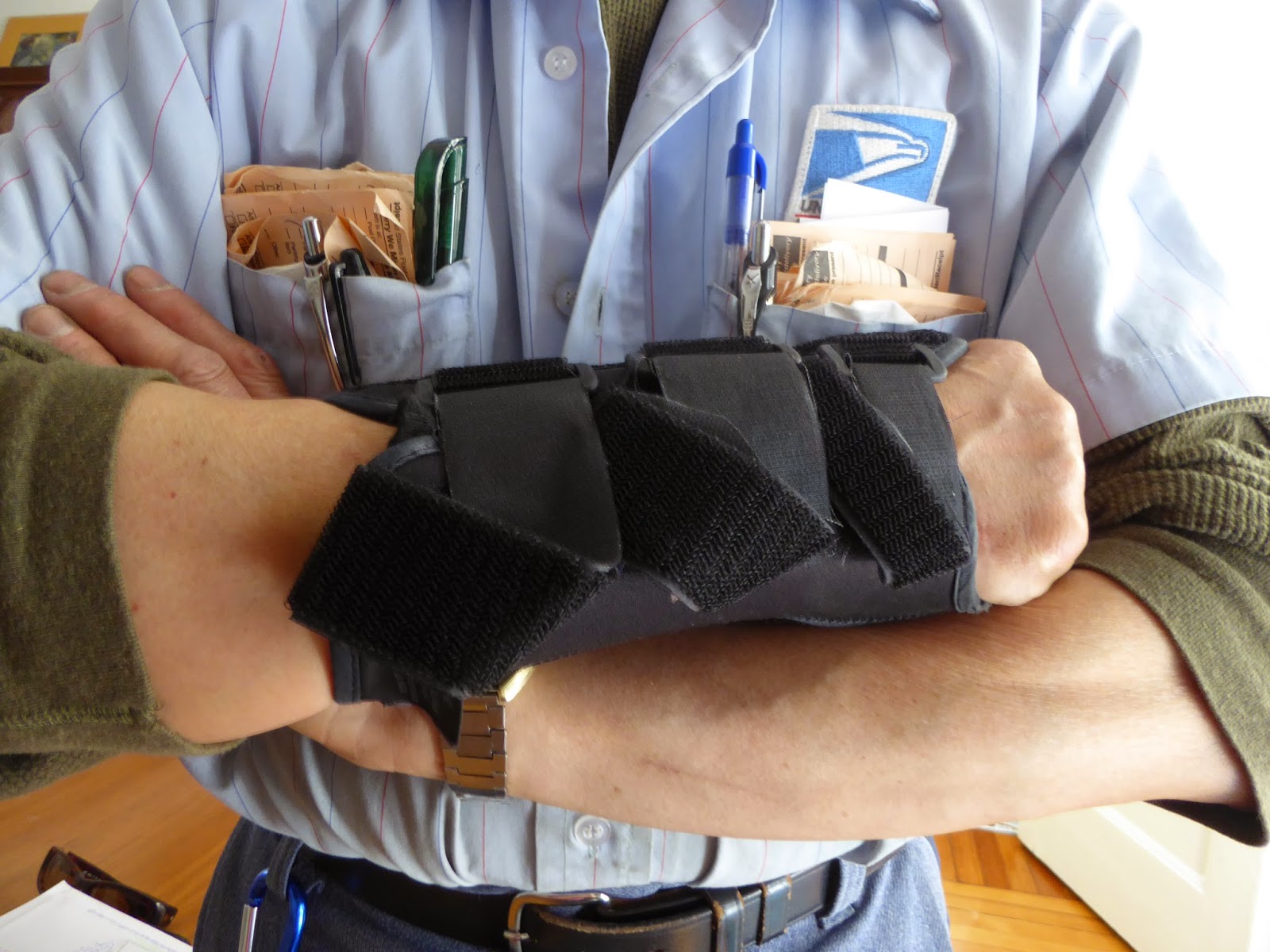 He started delivering our mail shortly after.

He saw hundreds of beautiful decorated letters arrive and witnessed their dwindling numbers as computers became our envelopes.

He dropped off packages at our doors, said hello to us by name and always asked how things were doing.

And seconds after I decided to give up my dreams, he was the one who rang my bell with a registered letter telling me I had won a grant and to cash the big check enclosed therein.  It took all his diplomacy to get the letter back so he could scan it.

He was there at the boxes while it poured outside or when the sidewalk buckled with heat.  He showed up in snow and he showed up on beautiful days that were meant for playing hookey.

And he often took his last brief break of the day in the vestibule, where Olga would join him after work.  They'd sit and talk about grandchildren, children, work and life.

When she died, he came to her funeral and paid his respects.

How many of you know your postal delivery person by name?

If you died, would he or she pay their respects?

Tom sent an email around the other day.  Robert was retiring and his last day was the next day.

Emails flew around the building, plans were quickly made, hearts broke and almost every mailbox held a card to Robert.  Thanking him for a life he spent putting catalogs and flyers and bills and sometimes even beautifully decorated letters into small boxes that let him know the mundane and the magnificent, the heartbreaks and joys in this old building.