Sunday Memories: Dad And Lawrence And The Memories He Never Got To Have 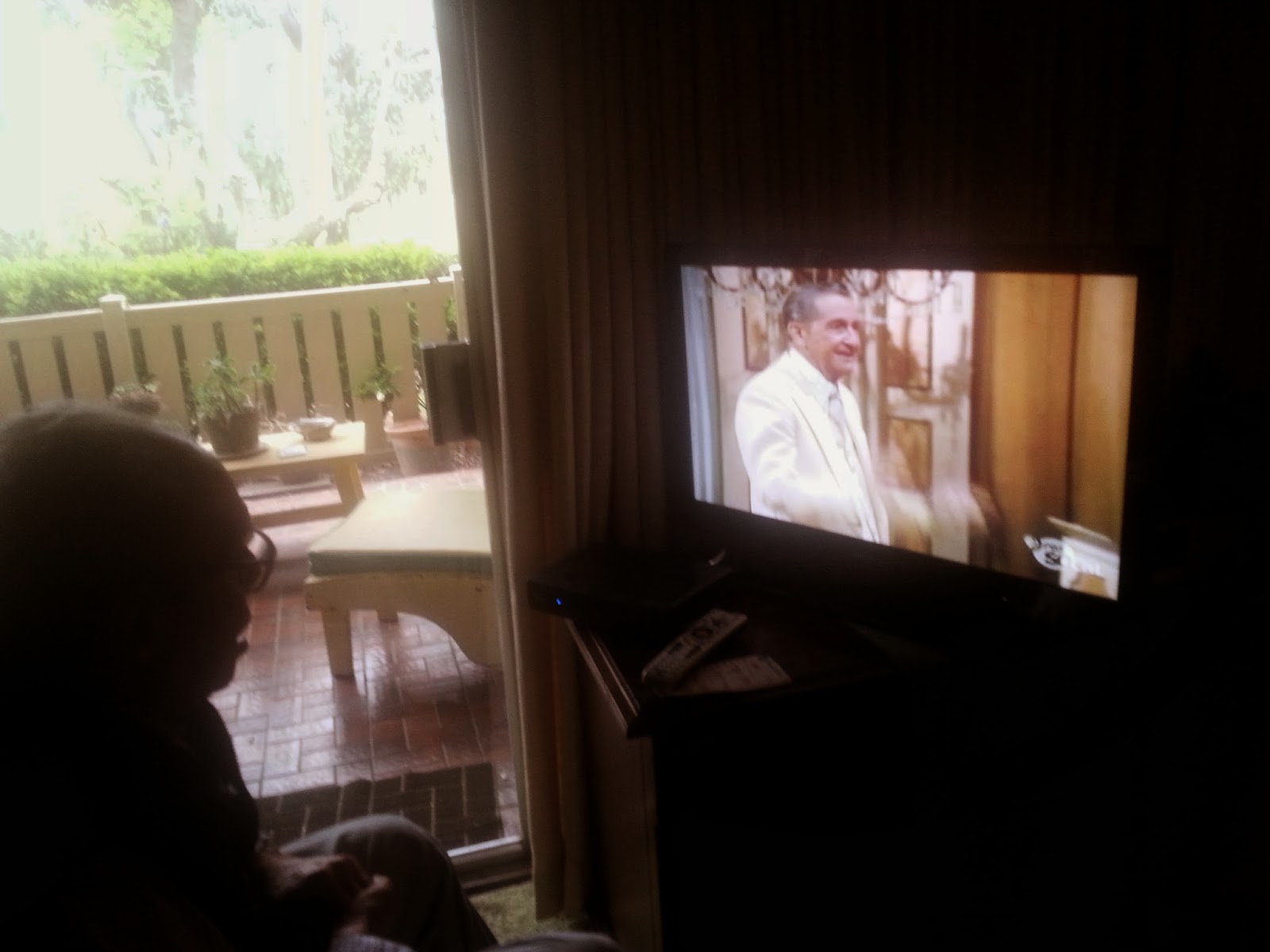 Ok. Let's get something straight on this day of fathers.  We never had a television in the house.

So, there was no gathering around the TV to watch Ed or Johnny or Lawrence.

And, while we're at it, we never lived in those guys' America.

There was no clean-cut nothing going on on the Lower East Side.  We didn't speak with that bell-like crystal clear accent or with syntax that lined up as it was supposed to.

Our voices were loud or coarse, and our words came out like they had just been beaten up, vowels all open and wide and tired from centuries of running that never stopped even after sitting down at a table of food not always guaranteed.

Those beat-up words lined up in the formation of a language my father called a "slave tongue" which is why he never spoke Yiddish to us, his desperate wish, like God's for Moses' people, we grow in a world free and unknowing of those chains.

Our clothes were proudly gotten from friends, outgrown yet still good, or church bazaars where tables overflowed with proof of other peoples' abilities to buy what they needed new, now no longer useful or wanted.  We wore those clothes proudly.

How we spoke and what we wore looked nothing like what I saw that recent night in California, Dad's chair pulled up as close as he could get, his hearing so gone and the volume so loud.

I wondered when he fell in love with Lawrence Welk.

I wondered when he even got the chance to dream of a life where words were crystal clear and all the pretty girls' dresses had nary a stain or mend on them and looked like they were not three year-old fashion but just off the pages of some smart happy magazine, like Good Housekeeping.

I wondered when he got a chance to sit before a TV screen we never had and stare at the bubbles and watch skits that had utterly no irony, wit or depth or the synchronized swaying of a big band that looked like they just came out of the washing machine.

Lawrence's world looked so happy and there was none of that where we grew up.

And when the hell did my father get a chance to peek into that America?  He was too busy supporting us, his own dreams paying for our care.

He wasn't an awful father, but he dreamt of being a dad that could have lived in Lawrence Welk's America.

Happy Father's Day, Dad.  And thank you for the microscope and engraving pen and the painting kits and the stuffed basset hound dog and the...


The ER Visit - Part Three: Welcome to His ER California
His New York His California His Home: Part One