Sunday Memories: How I Learned About Love At Gramma's

Growing up, sleepovers were so rare that I can remember every night I didn't sleep in my own bed.  I think it's seven fingers worth.

Gramma's at Knickerbocker Village was one of those special nights. 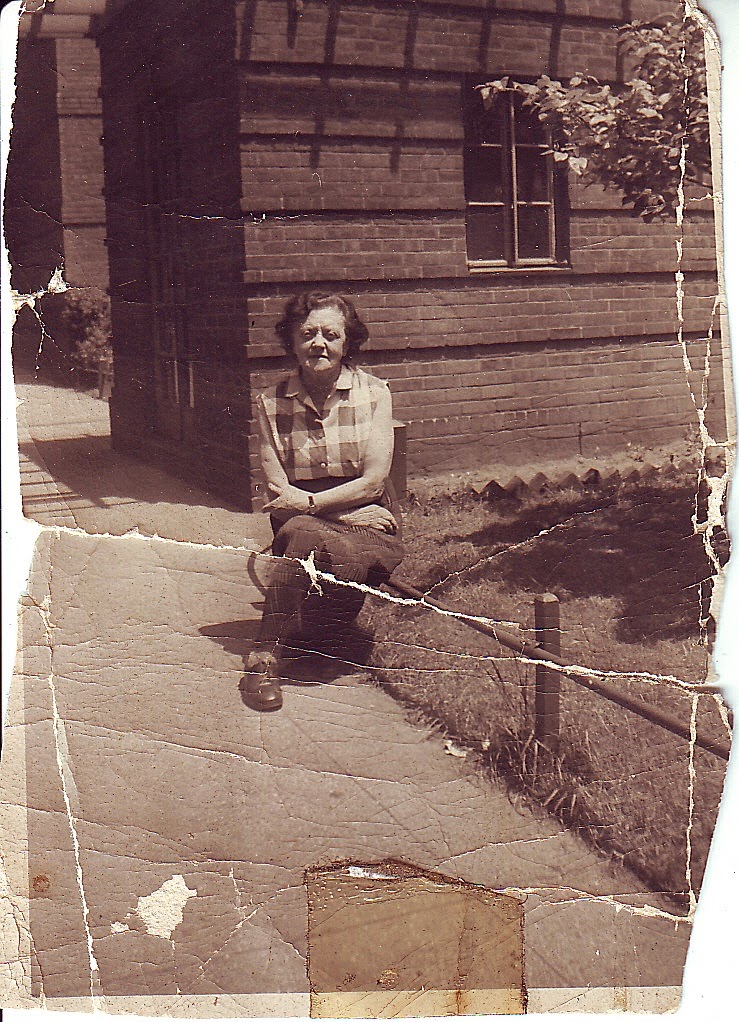 Gramma lived in a small one bedroom apartment with a smaller living room/dining room and a teeny-tiny kitchen.   She slept in a cot in the so-called living room where the 'big' television was.

Her husband, my grandfather, William, slept in the bedroom with his own TV.  He was always sick and, although utterly lovely to me, was an inactive monster with a long history of not-so-nice to important people like his wife and his daughter, my mother Florence. 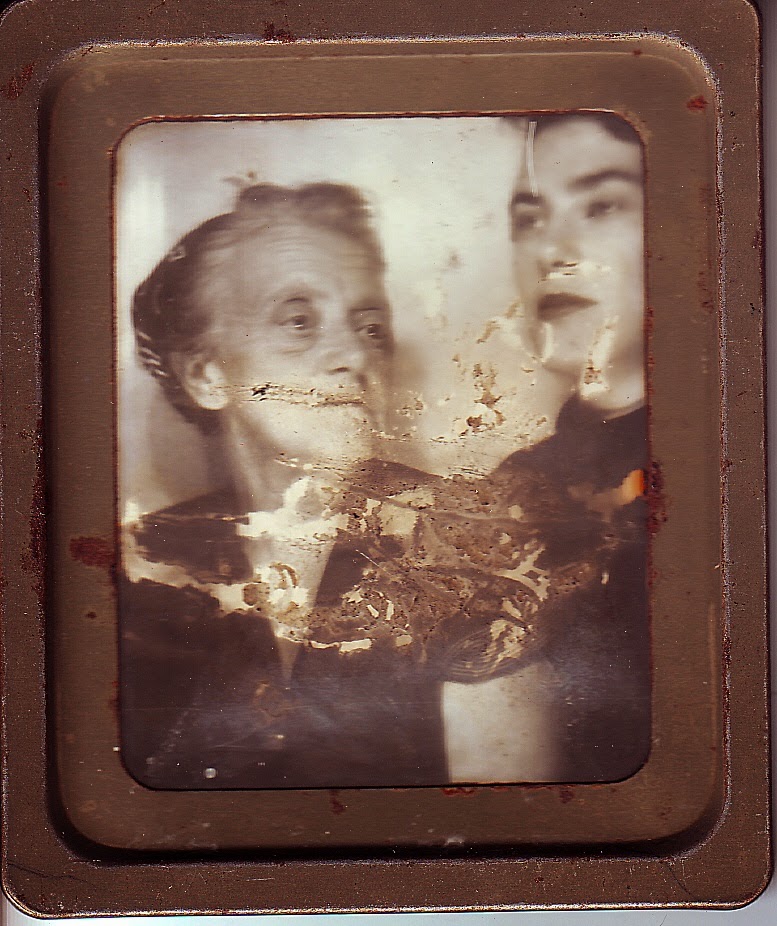 His wife and his daughter

The rare times I sat with him, we watched "Divorce Court".  I didn't understand for years that it was all made up.  All I remember was that episode where the wife with the long hair yelled and cried and screamed as her husband left her for a prettier woman and my grandfather roared with laughter.

Ill and old himself, he would one day, steal all the money that Gramma had saved from being a practical nurse as she withered away in a nursing home.

Until then, he lived sick in the bedroom and she lived on the cot in the so-called living room wrapped in her own world remembering Kiev and better times.  She would sometimes shout questions or comments to William and I think sometimes he answered her.  I never really saw their marriage and when you don't see something, you don't know it's there.

There were times William must have been in the Veteran's Hospital and so perhaps those were the one or three nights I got to sleep over.  I didn't notice if he was there or not.  There were more important things awaiting me at Knickerbocker Village.

Suffering through Gramma's God-awful cooking and inedible meatballs was worth the rare dessert of Hostess cupcakes,  and snoballs.

We'd begin with our usual Friday night line-up - Hogan's Heroes, Here Comes The Brides, Love American Style, Star Trek.  It was the only window into a life of hope and happily-ever-after - a world filled with handsome men like Hogan and his crew, and where conflicts were resolved through principles and words or, if you were Captain Kirk, an honest fight without shirts.

Then Gramma would pull out of the closet the 'guest' hospital cot, open it up  for me and give me one of the thin blankets kept for such occasions.  Then she'd crawl into her cot and fall asleep.

But I would perch at the edge of the beat-up old cot and start turning channels into worlds I knew existed outside of the tight parameters called my childhood.

And that's where I'd run into "Divorce Italian Style".  Not once, not twice, but every time I stayed over Gramma's house. 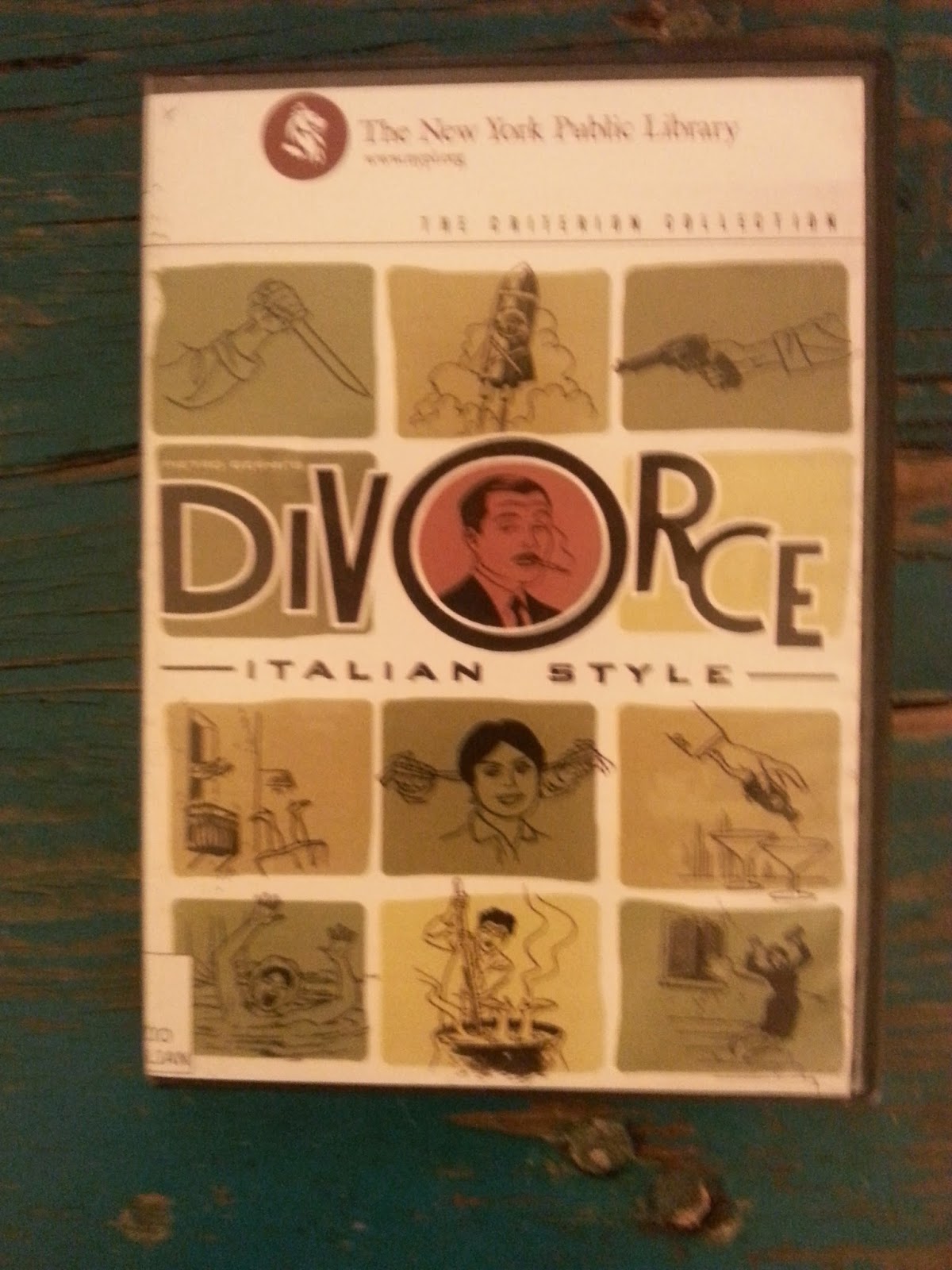 Oh sure, now I understand it as a great piece of Italian cinematic comedy, nominated in Best Director and Best Actor categories in the Academy Awards.  Sure, it won for Best Writing, Best Story and  Screenplay. Sure, Marcello Mastroianni and Daniela Rocca were in it, blah blah blah blah blah...

There they were, on the beach, Daniela Rocca, laughing and smiling and happy thinking Marcello Mastroianni loved her.  And he, dreaming for freedom to marry the pretty young girl, wishing the sand would suck her into its depth and bury her away from any marital commitment he had.

Only now do I give gratitude that I watched all those Hogan's Heroes, Love American Style, Here Comes The Brides and a shirtless Captain Kirk fighting for a better life and a kinder world more than those late night moments with marriage, Italian cinema style.