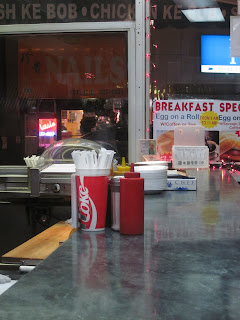 Still, I pointed out we would have had to stand on line to Shake Shack which probably wouldn't have had a good cup of tea. And besides how can you beat a grilled cheese sandwich made on a real grill.
Posted by c.o. moed at 12:01 AM 6 comments