See You On The Other Side 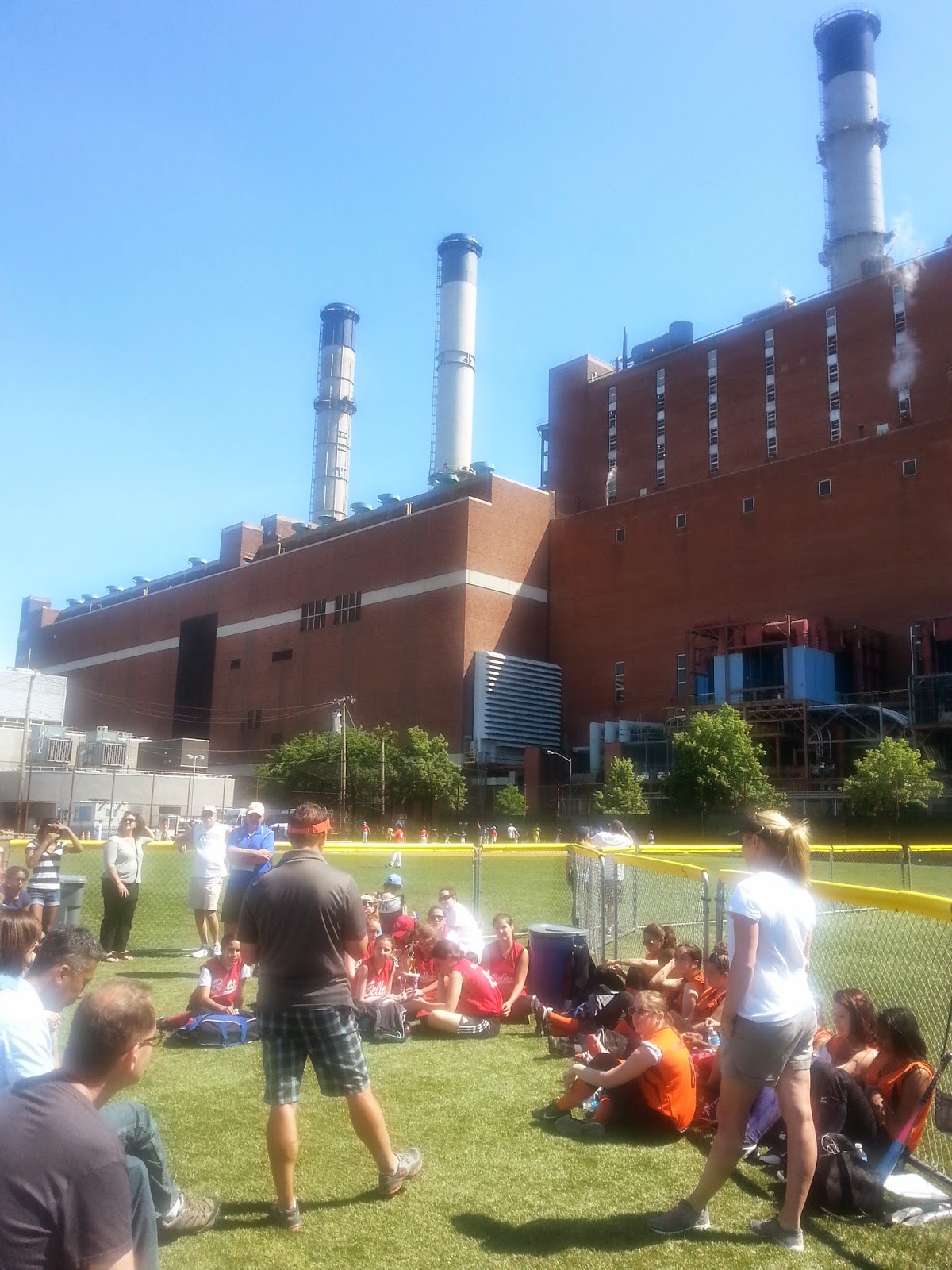 From a mile away, those Con Edison smokestacks, up on 14th Street and Avenue D, loomed over us down on Broome and Columbia Street (which was Avenue D but with a different name).

Staring out of windows that hung over the playground, past the Williamsburg Bridge,  any window we looked out of, the bedroom or bathroom, the living room or kitchen, we saw those stacks in the horizon.  They were our mountain range, with stripes of red curling around them, always reminding me that maybe come winter I'd luck out on some candy-canes.

There was never a need on a sunny weekend to walk up to the stacks, harbored by squat, brick buildings.  Prettier streets to wander, some with ice cream or coffee on them even.

But, wandering through Stuy Town we heard familiar sounds coming from those mountains, it sounded like a baseball game and how was that possible but look there was an ices cart right there and where there were ices there were kids but that was impossible because there was nothing there just Con Edison and the East River Drive...

So we walked down a street I didn't even know was there and a chain link fence appeared on the right and behind it were fields bursting out of brick and stacks and chock full of running jumping catching throwing hitting.

And on a corner of a field were girls.  Not pom-pom-short-happy-skirts-that-flew-up-in-cheers girls, but uniforms-cleats-powerful-arms-in-short-sleeves girls.

All those years staring at man-made mountains, being told "girlie, shut up" or "when you gonna get married?" or "girls can't do that"... all those years fighting for something as small as being able to wear pants to school or take boy's shop or just have an opinion... even when we tried, there was no team or uniform and there was certainly no coach.  There were smokestacks.

But here, and now, behind those smokestacks was this coach and he got up and he talked real serious about the team and the players and how hard it was to decide who got what because they were all so great and then he read out their names, and these girls, taller and stronger than any smokestack, they got up and accepted trophies for pitching and home-runs, and being valuable to the other players.

Watching them, I wept.

Going Up The Country, Got To Get Away