In Lieu of Flowers... was originally posted on October 1, 2008 as an obituary for Florence who had died the previous morning. Since Rosh Hoshanah appears in the English calendar differently each year, she in death has become as unpredicable as she was in life. Wouldn't have it any other way. 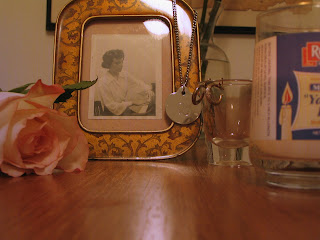