Sunday Memories:
The Long And Winding RoadThat Leads To The Light At The End Of The Tunnel 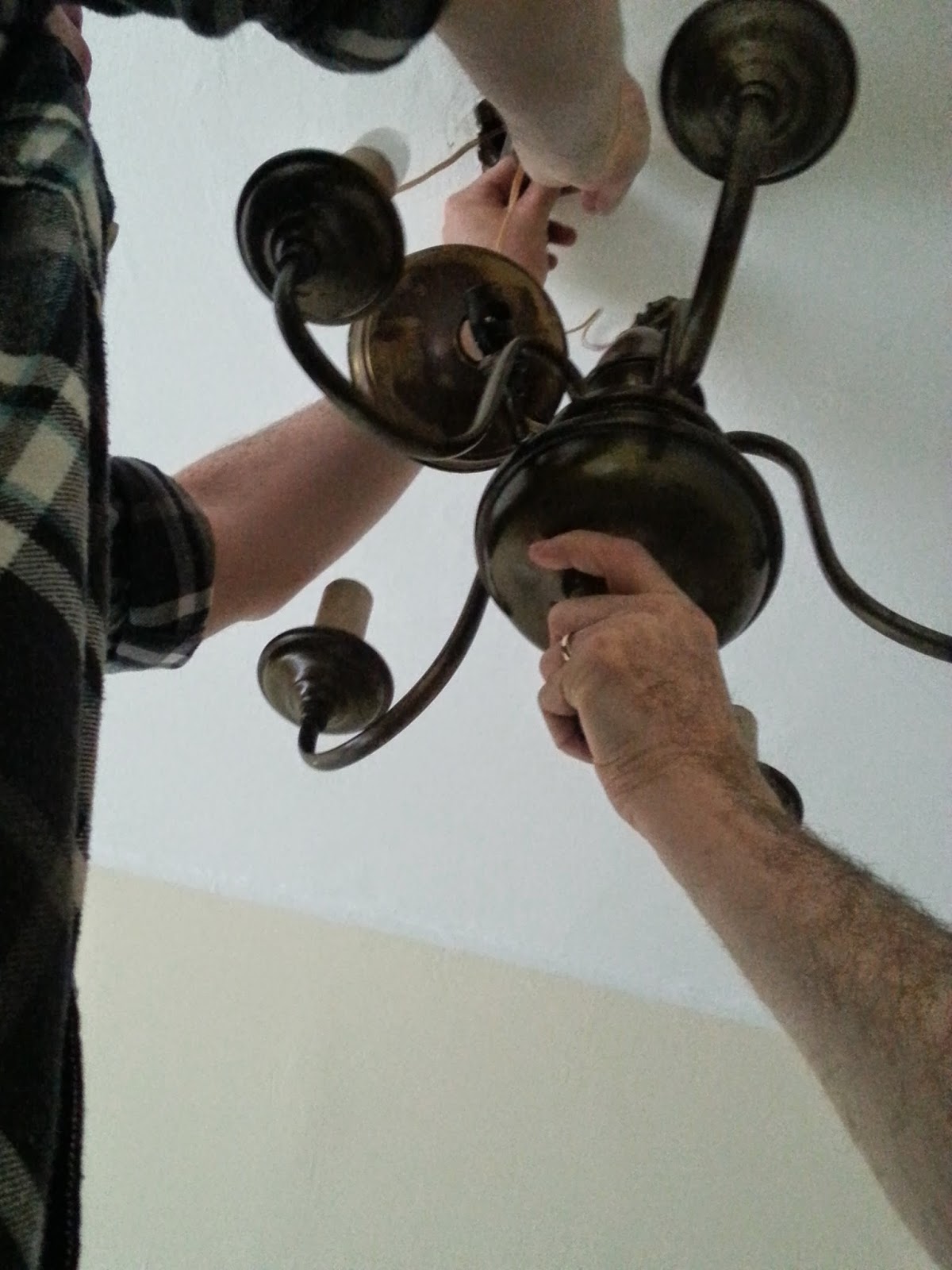 I don't know what got into me but I realized once that home became an apartment that would be sold to someone who would make it a home and fill it with their own memories, I'd never see it again.

I don't how I did it, but I began to insist it couldn't be included in any sale and I told that to each and every person who came to see if this was their home that they could fill up with memories.

I don't know how she did it, but my sister got someone to take down this light fixture and put up another one that looks almost the same but isn't.

I don't know how it worked out, but the taxi was right there and the shop was open and I still had some money...

I don't know how come I got so lucky, but that light not only got rewired, it got polished and some beautiful bulbs.  Then it got the right threaded rod, the right crossbar and a dimmer that was not a billion dollars.

And then Sean came up on his day off and managed to make everything work. 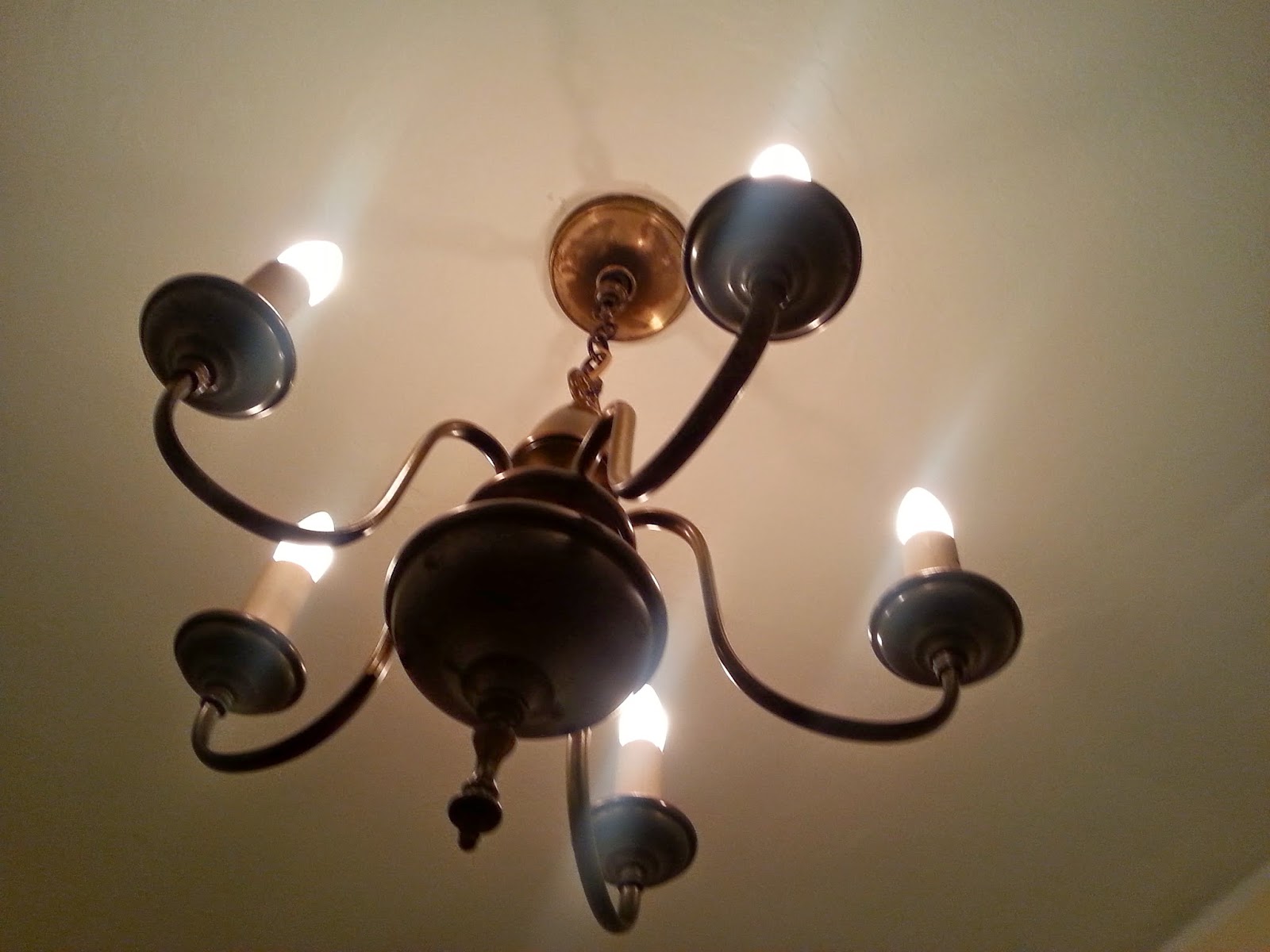 It hangs almost right above my writing desk.

Sunday Memories: I Shot The Sheriff, But I Did Not Shoot The Deputy

Home Sweet Home Is In The Bag