I almost didn't take the picture.  After all, I'm no Weegee.  To put a camera to your eye and capture the inner remains of an exploded being is beyond me.  I mean, I can look the hell of my soul in the eye.  I can't stand look the hell of the world in the eye.

Only this time I was obligated to look.

Just that morning, I had been thinking about the time in 1976 when I saw a mugging happening to an old lady on Second Avenue and 15th Street.  It was maybe near dusk, the Avenue was empty (as it was in those days) and I was on my bike.  The mugger, twice the old lady's size, ran away very slowly.

I could have peddled after him and run him over. But I didn't.  I was 17 and resigned to the bad guys winning.  All I did was watch and think bad thoughts about bad people who do bad things to old ladies.

However, I never shook off the regret of that day.  I did stop other muggings after, but it's the failures that haunt motivation, not the successes.

Walking by the destroyed and mutilated sound board and broken legs, that old 1976 feeling swept me almost to my front door, all the while tsk-tsking about how could someone do such a thing like that, just chop up a piano and throw it to the curb.  Couldn't they have found someone who needed it?

Ah, the terror of that old lady and the smugness of that mugger flooded me and before I knew it, I stomped back through the waves of the many young people filling the streets with their blase look and urgent cell phone calls, and ignoring the smoke from the cigarettes they too would have to struggle for years to quit, I turned on my flash, and, just like Weegee, documented the scene of the crime. 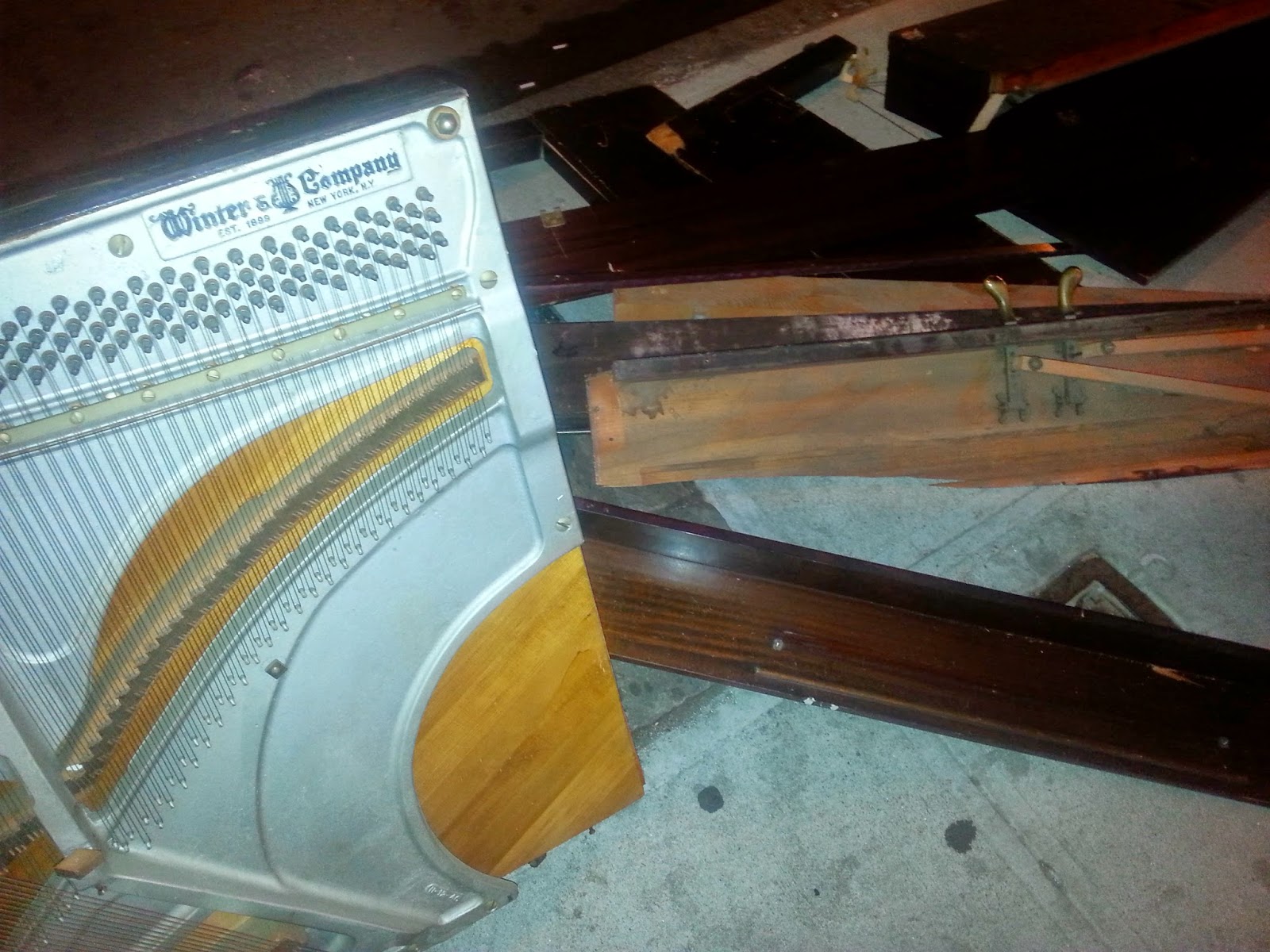 Just In Time For The Holidays: Thanking The Problems For Being The Gifts