An Encore of Diaspora and the Exhaustion that Often Follows: Even the Baby Chair
Is a Transient Moment

Another day of clearing of Jutta's home brought back memories of letting go and going on. 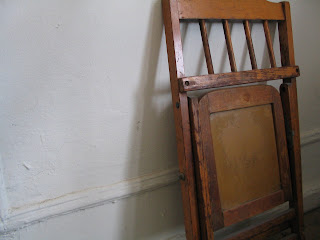 Louise had it first but I didn't know that because I was either not born yet or too little to sit up on my own.

I only knew it as my baby chair. After Louise had her own kids, there was a brief moment where Florence said something about giving it to Louise and it was one of the few times I put my foot down and said no, it was my baby chair and I wasn't sharing it with anyone. I think I was in my 40's at the time. So it continued to live by the piano.

Fifty years after it was brought into this house, I folded it up and put it in the corner. I was sending it to Louise's. Even if it did have my name tag on it. And then I looked back and realized just like the picture of Florence and Whoopi visiting... 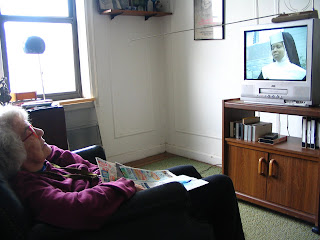 ... this was it. A brief moment that would never happen again. 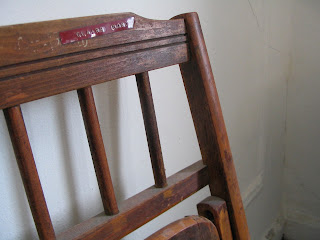