From Here To Eternity With Home In Between 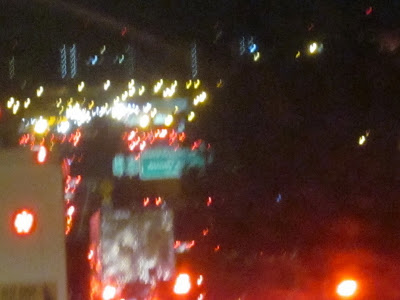 I would have had to wait half an hour for the next bus if the driver hadn't been daydreaming over his cigarette those extra three minutes.  But that feeling after hours of travel and sitting and waiting and sitting, where you were just desperate to get home, to get home and be home was why I ran with a heavy knapsack packed to the gills towards that bus while he was finishing his last couple drags.

First on, I got the shotgun seat and we began the loop around the airport.  I'm not sure how we got on the subject, there were so many we were covering - education, Brooklyn, Syria, Queens, would he be out of a job if people could beam up and down or if he'd get a job in the transporter room like Scotty, where we'd live if we weren't living in New York, if rich people got as unhappy as us, addiction, what about Hawaii and if I was delusional to think there wouldn't be that much traffic going into the city on a Sunday night - after all wasn't the weekend over and school and work just waiting around the corner?

But then he asked if it existed, this machine to the future, would I take it and if I did how far would I go?

I had to think.  I had to think of all the roads I had taken and if I would have taken them with such a raging willingness to leap with faith, learning an unshakeable trust and the knowledge of my own soul, if I knew all along it was going to be ok anyways.  Wasn't it that faith that was what the amazing part, not where I landed?  That spirit now carried me forward into too many unknowns that could, if I wasn't careful, crush me like a pissed off killer whale.

It made me remember a young intern at some law firm gig I was doing who reveled in playing computer solitaire until he found a way to have the computer play it for him and win.  Because it was always ensuring a winning future for him, I saw him wilt before my eyes.

Sometimes you just gotta not know and find yourself bursting with strength as you dive in.

No, I said.  I wouldn't go to the future.   I needed to learn every step that got me into that bus seat three minutes after it was supposed to leave ... 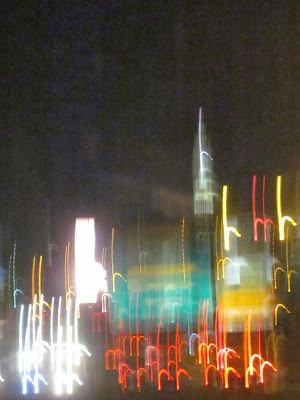 ... and then behold on the horizon home rose up in living color.