Didn't always have a television, but always had a record player.

When things got tough, slipping on a pair of headphones and putting on a beloved record became my own escape to better times, even if they only happened in my dreams.

Soothing the savage breast, as it were.

Times change, things get moved around and around and who knew how great T.V. was for getting lost.

And then they invented Netflix.

But old habits die hard and soon the record player had to have a home again. 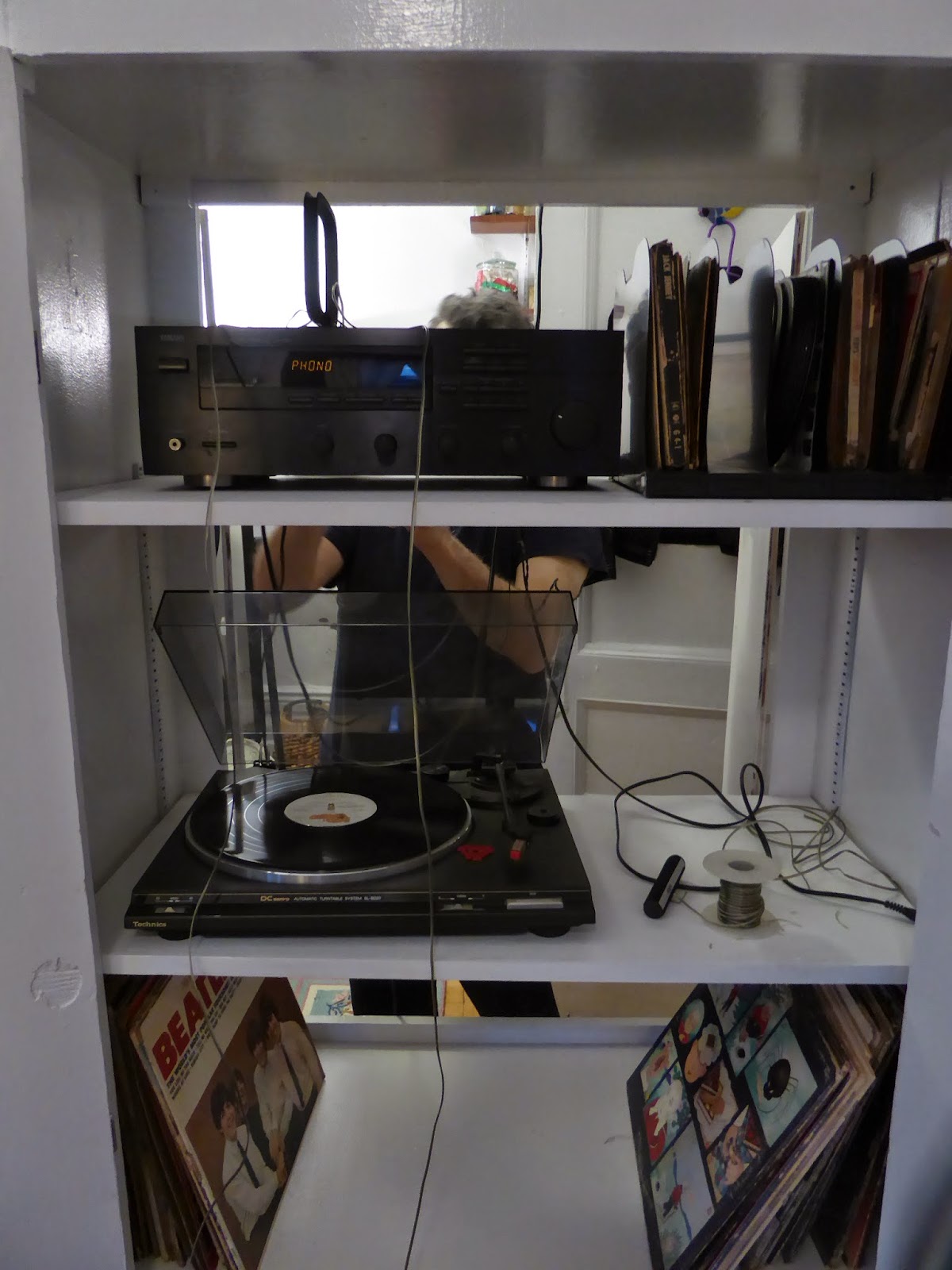 So what if the savage breast didn't need any soothing and dreams were coming true more and more every day.  It was so nice to hear the old records again.

The cats, on the other hand, didn't think so. 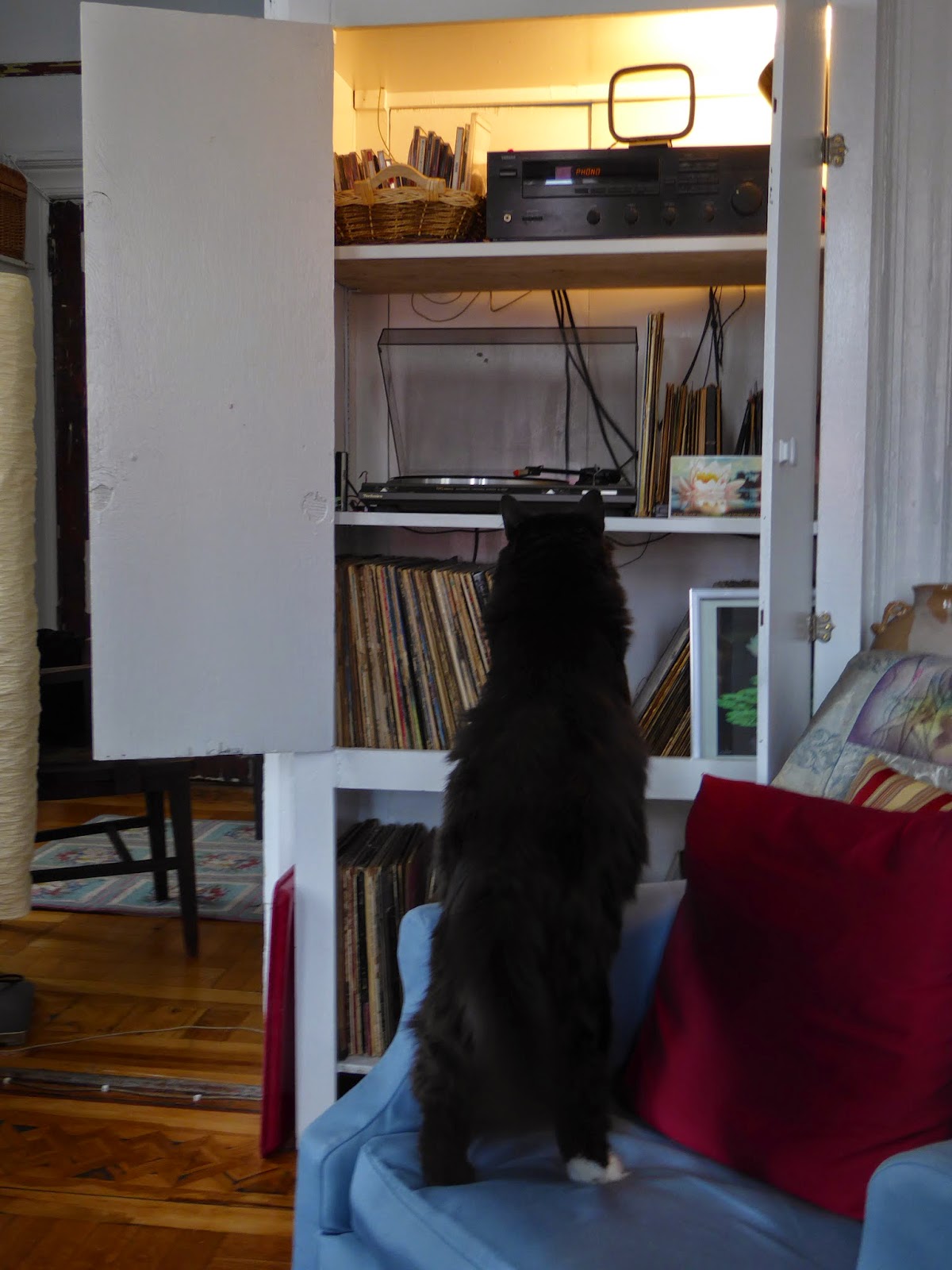 There was only one thing to do: get up there to that big animal that kept running around and around... 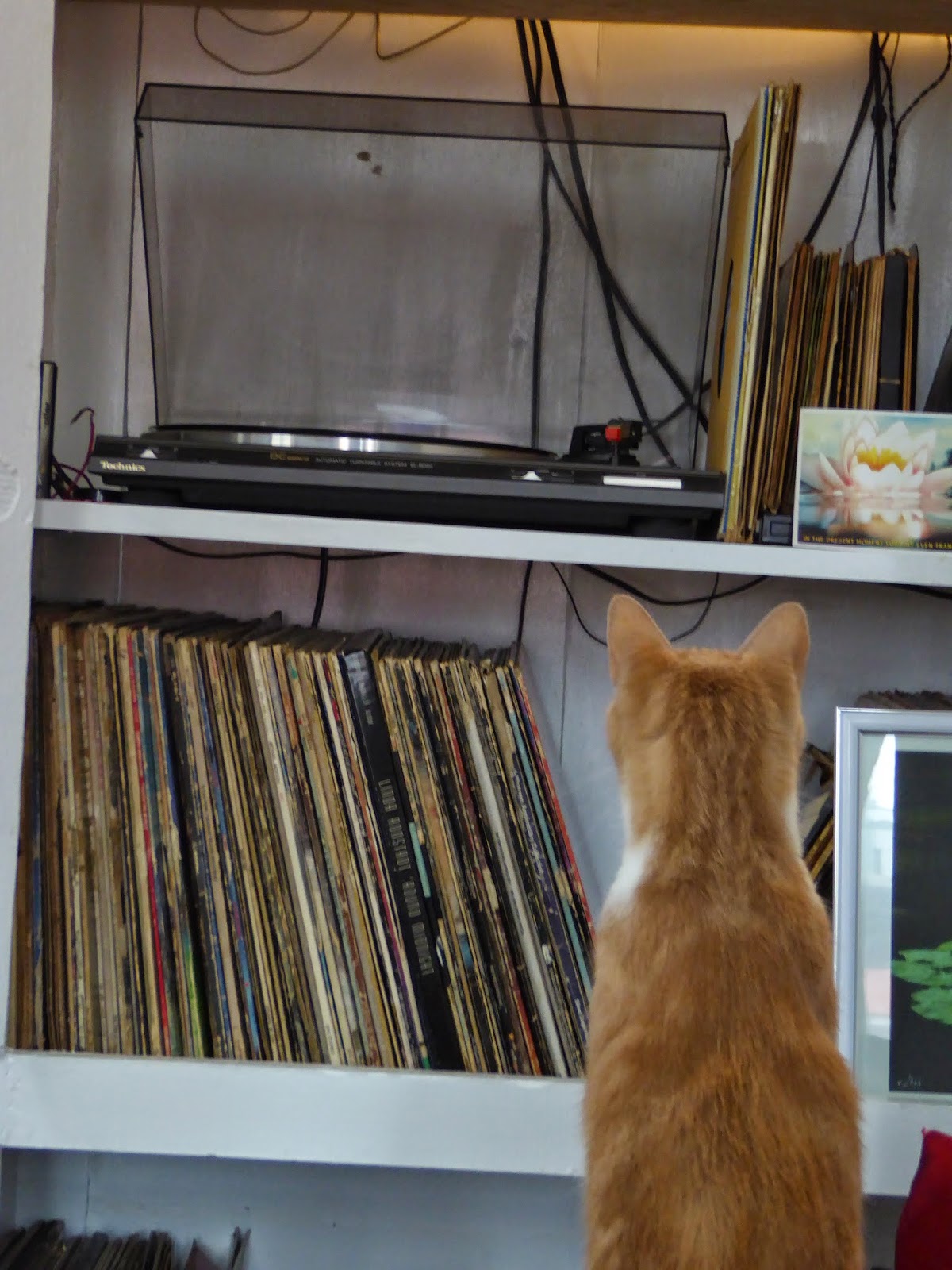 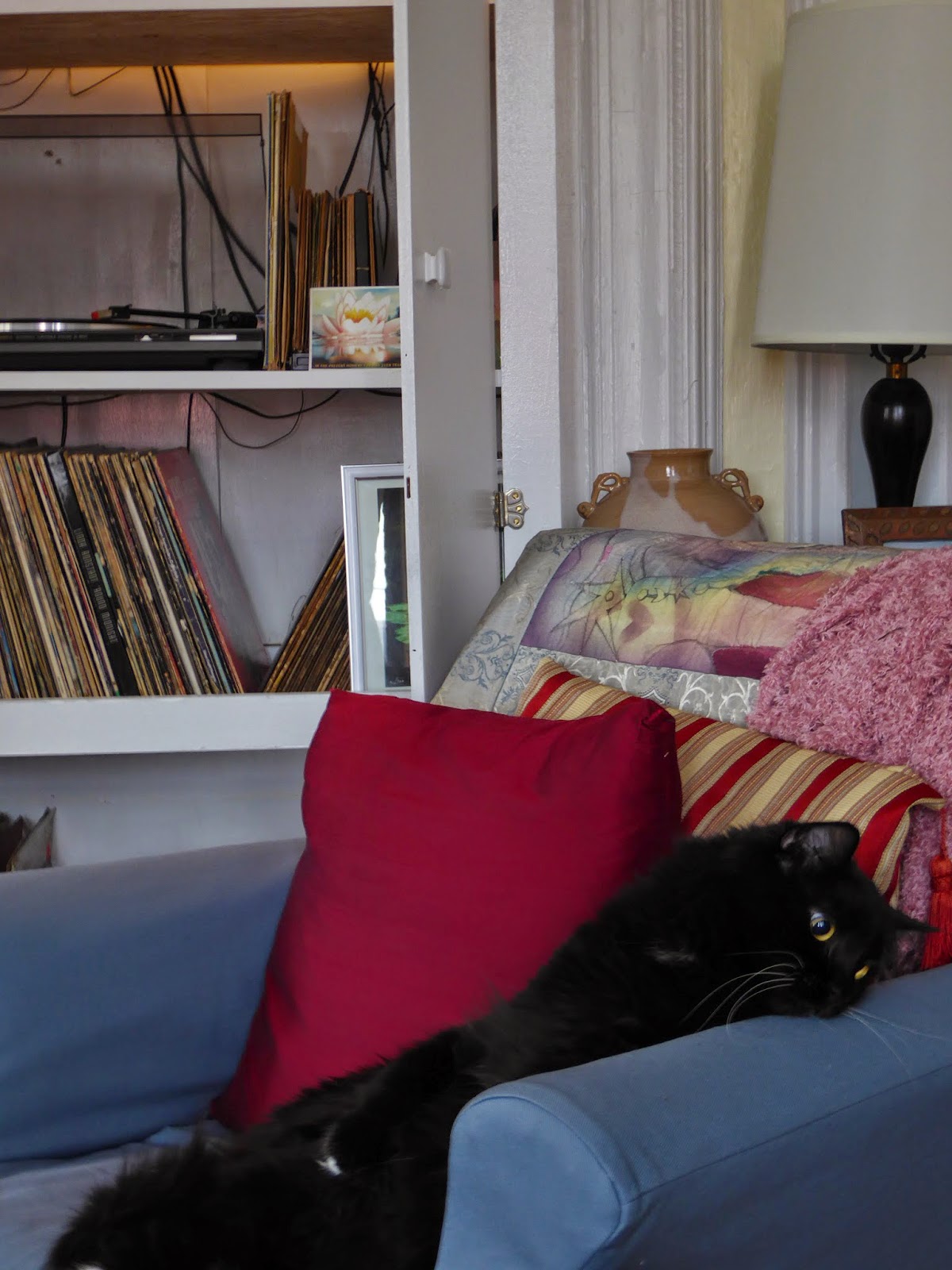 But just like long ago, the music soothed the savage beasts.  At least until lunch.