It's Summer and Time to Recall Skating on Thick Ice 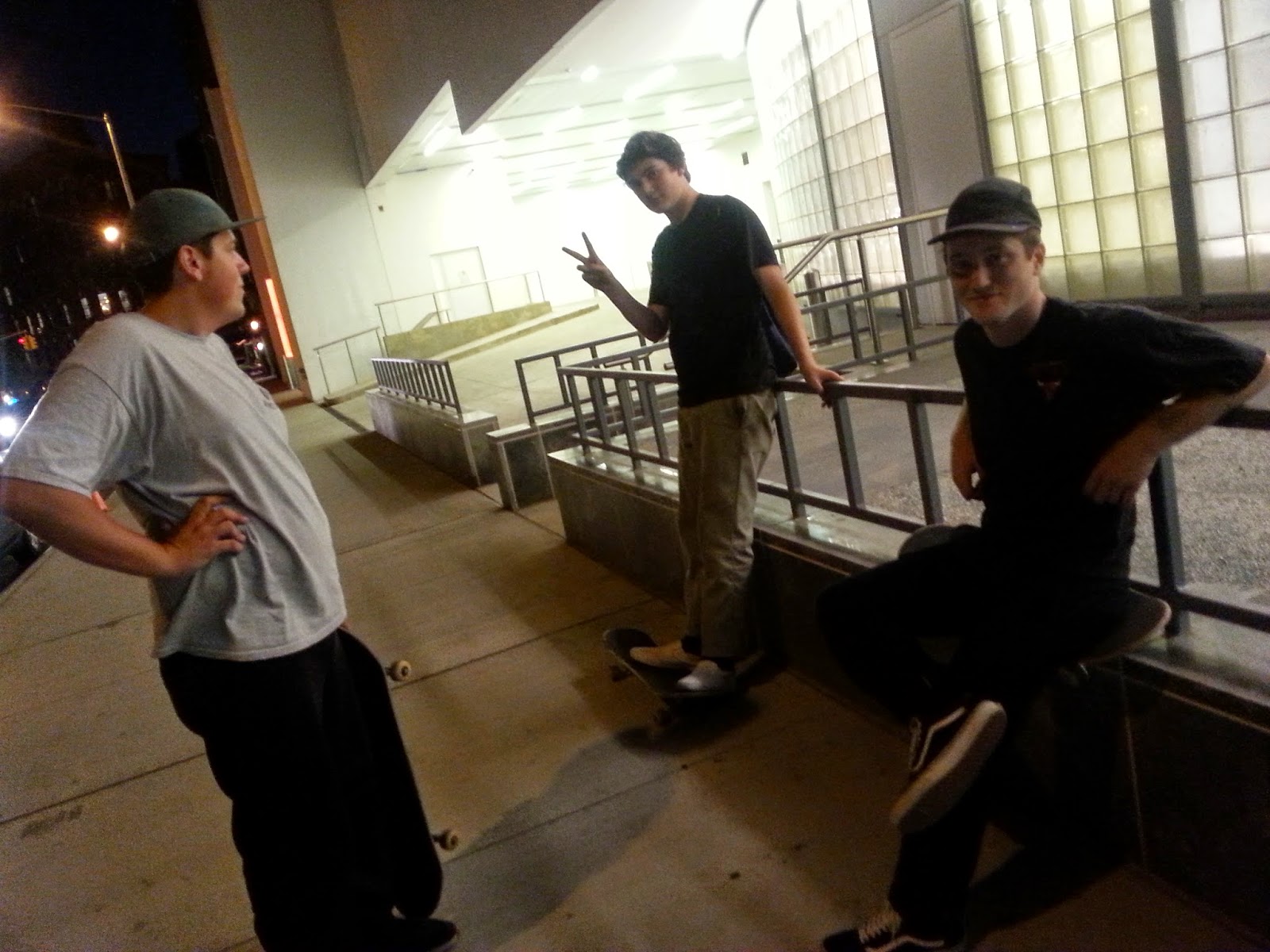 A woman I probably saw at a dance or a demonstration or some revolutionary act maybe thirty years ago walked up to me as they zoomed by and said, "It's like the invasion of the skate boards!"

"Well, you know where to find them." She was laughing as she walked away.

One of the kids stopped, skate board propped on his sneaker.  I snapped a picture.

"I think she just took your picture," another said under his breath.

"I'm old.  I don't know what Instagram is."  I started taking another picture and all the boys posed, gangsta-style.  "Oh please, cut the bullshit."  It was funny but not a picture.

"I always wanted to learn how to skate board but when I was growing up, girls didn't.  Now girls do.  It's really cool."

"Yeah," said one, all of them nodding like what's the big deal some of the best skaters they knew were girls.  That revolution was normal to them.

I lifted the phone to take another picture and one gaves me a peace sign.

Crash noise that could only come from wood plank and metal wheels not going where they were intended interrupted us.