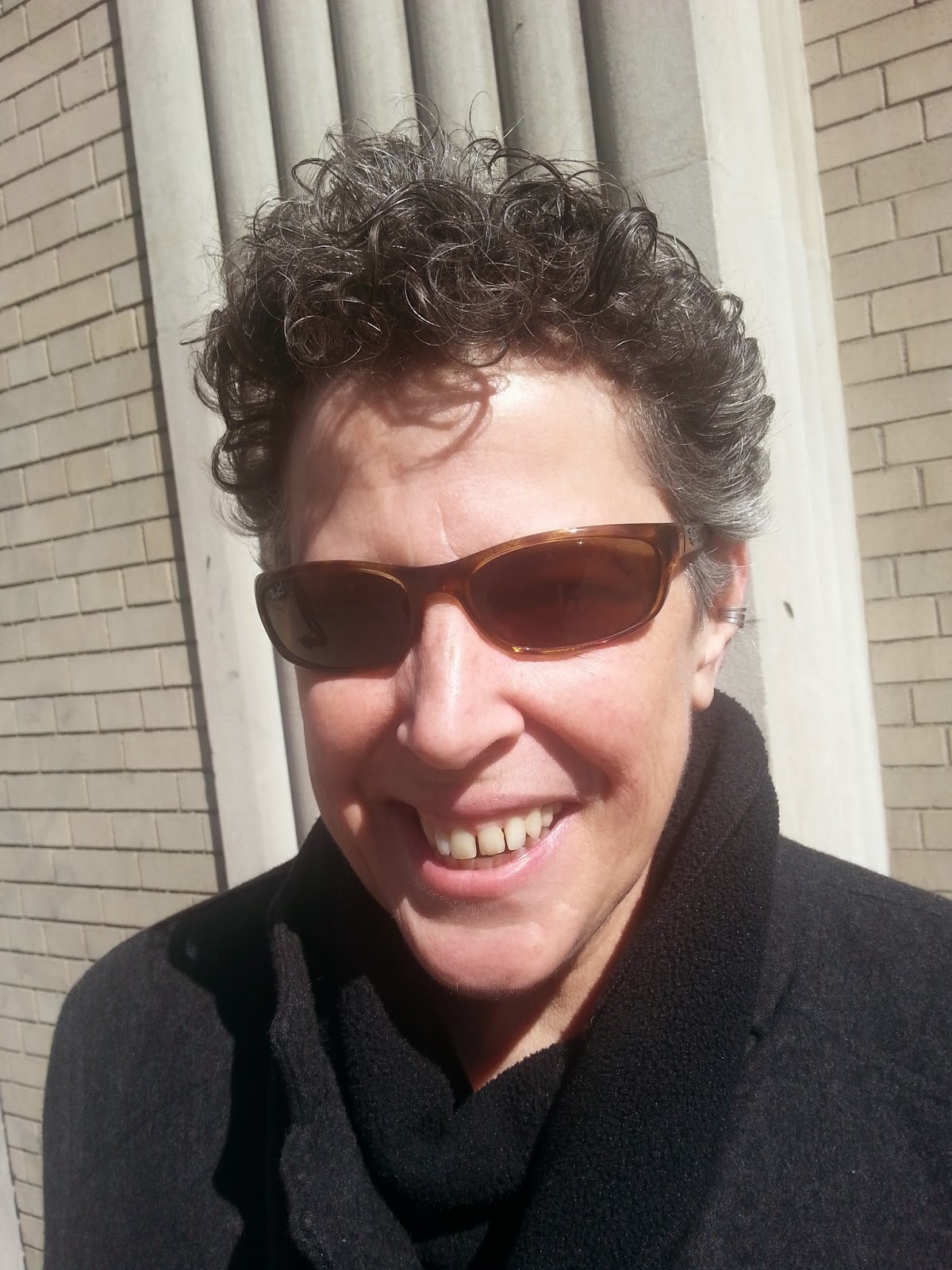 She loves light.  All of us performing and jumping around on 11th Street, Jean was going to work, running big theater lights in big theaters, not small clip-ons in tiny store fronts.  I remember hearing she got into the union.  It was like hearing someone became an adult and won the lottery on the same day.

She's been running the follow-spot at City Center for a long, long time.  Started part-time in 1988, went full-time in 1997.  She's going to retire from there.

...but the minute she flips that big spotlight's switch, and that white-gold, yellow-glow pours out onto a body moving in and out of space, all the words in all the languages shimmer away.  And in their place a love unfold, just like when Fred takes Ginger in his arms and twirls her through the air like she was a feather.

Before The Days Of Air And Conditioning

Returning To An Old Embrace, We Suddenly Gathered