It was morning.  We were on 14th Street, loaded down with groceries.

The guy was a jerk, honking his horn in his big white truck you see in commercials for Viagra.

He was looking for an argument because we were crossing the street and he wanted to turn faster than we were walking. He wanted to let us know he didn't give a shit about lights and right of way. He had a truck that was good enough for Viagra.

I said "Thank you." And smiled like he was doing me a favor letting me know he was there.

The Mariner knows cars and driving so he had technical details on his side.  Which is why he stopped and gave him a look like, "What's your problem?"

Which was exactly what Mr. Viagra wanted. He wanted a fight.

I refuse. I refuse to be that man's enemy. 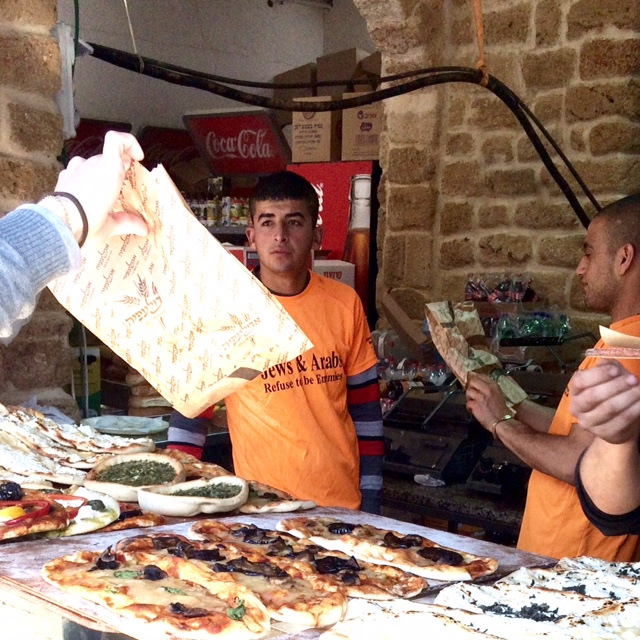 
If the employees at the Abulafia Bakery in Jaffa can wear tee shirts saying "Jews and Arabs Refuse to be Enemies", then I can refuse to be the enemy of some Viagra jerk.

Sunday Memories of Millions of Burgers