My sister had found a Jewish community center in Bensonhurst with an active classical music school   That felt right.  After all, early on, Florence and Sophie had moved to Patchen Avenue in Bushwick when the money ran out.

Who knows... maybe some kid will sit down at those keys, and like Florence, begin....

It never occurred to me how they would manage the weight of the piano but it’s very clever and reminded me of Topkapi, which I talked about to everyone for the rest of the day. 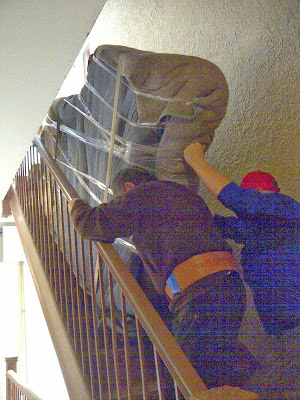 Two men were at the bottom end of the piano going down the stairs ... 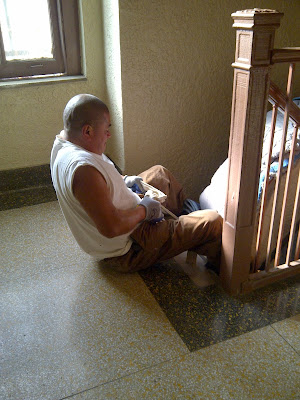 ...and the third man was at the top of the piano pulling up, that is, preventing all the weight of the piano from being on the two men underneath.

It reminded me of Peter Ustinov holding the acrobat up from the roof of the museum.  It’s not exactly analogous but …

The mover left a dolly on the sidewalk on Broome Street and called me an hour later when I was already back in the office. 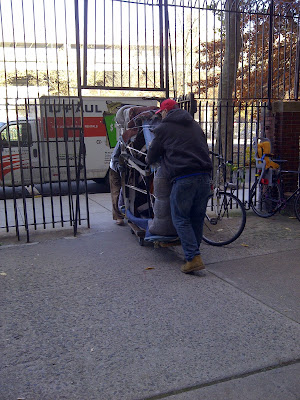 I no longer carry the courtyard security office phone number as I used to when Florence was alive, and I didn’t even remember the name of the head maintenance supervisor (Carl).

I haven’t dealt with anyone in the courtyard security office for 4 or 5 years, and I didn’t run into anyone from management when I arrived or while we moved the piano out the gate at the opposite end of the courtyard.

It took a while for me to figure out how to get the number of the security office.  So I called up.

“Oh yes, you’re Claire’s sister and you moved the piano out of A51 this morning.  Carl has the dolly right here.”

I was astounded that they had taken note.  I really didn’t notice anyone noticing us.

I wish there had been a security office with people who knew us when we were kids instead of just a gruff old portly man who walked around the courtyard glowering.  It felt very warm and cozy that Ms. King in the security office knew the comings and goings of Florence’s piano that morning.